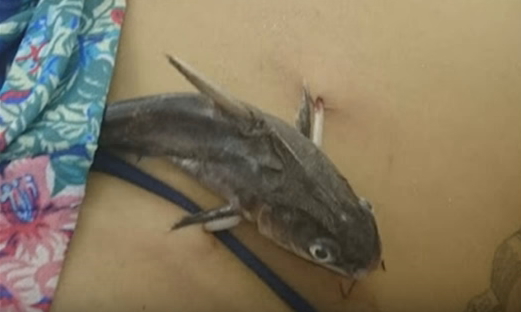 January 11, 2016 – In Picture: Catfish Attacks Female Tourist In Brazil, Woman Rushed To Hospital As Fish Get Stuck To Her Stomach

As simple as the above scene look, the lady in question almost lost her dear life.

She was swimming off the coast of Brazil when she suddenly felt a pinch on her stomach.

In the process, she collapsed. Paramedics were shocked to find a live catfish on her stomach while trying to rescue her.

They cut the fish off her body but the spines of the deadly fish were later removed by surgeons. 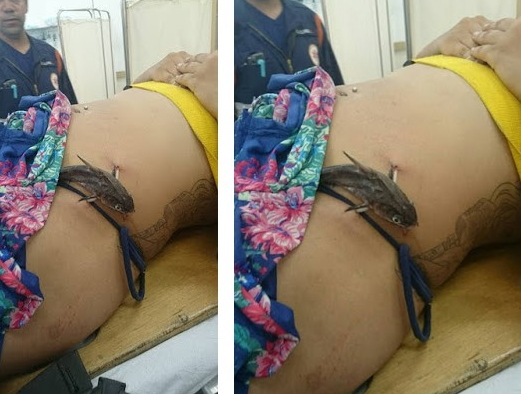