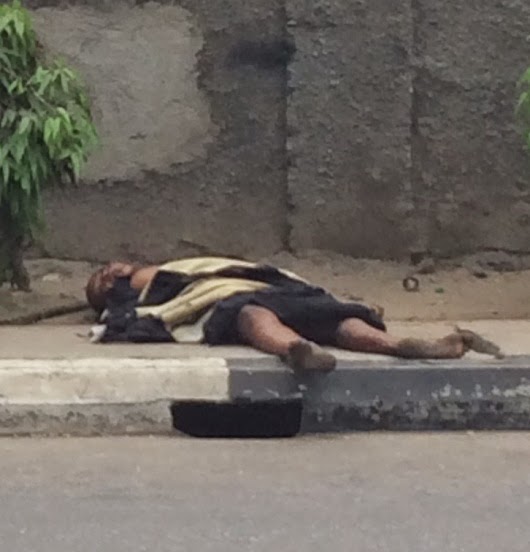 According to a fan who sent out this exclusive photos to NaijaGists.com about 18 hours ago, the woman pictured above died on Sunday night. Her corpse was abandoned along University road very close to UNILAG for several hours.

Lagos residents who spotted the lifeless body identified her as a mentally unstable woman who sleeps on the streets around the area.

As at the time of this report, the body has been removed. 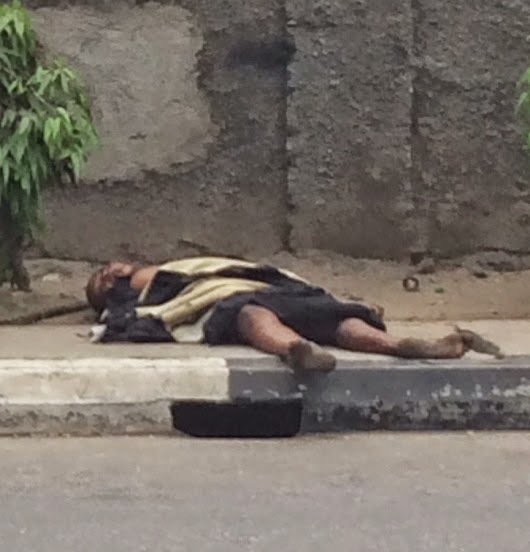 Very sad! May her soul rest in peace.