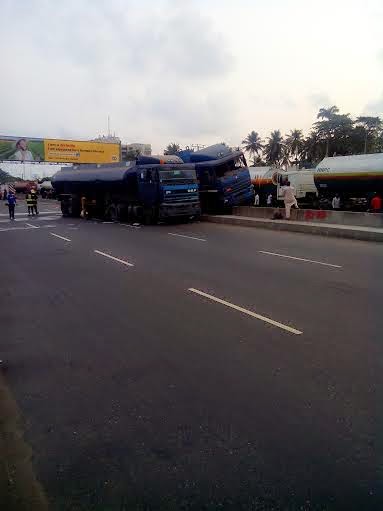 Tragedy was averted about an hour ago at Berger bus stop off Tincan/Mile 2 area of Lagos.

The fuel tanker pictured above lost its control and crashed into the blue truck on the other side of the road.

Officials of Lagos Fire Department were called to clean the spilled petrol from the fully loaded petrol tanker.

Drivers were told to avoid the area as cleaning effort is still ongoing to prevent explosion.

Thankfully no casualty was reported.

See photos from the crash scene below: 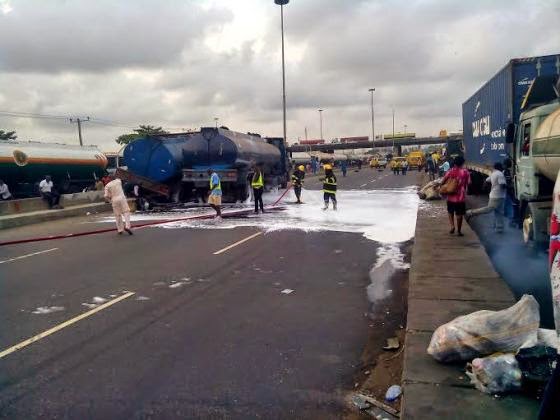 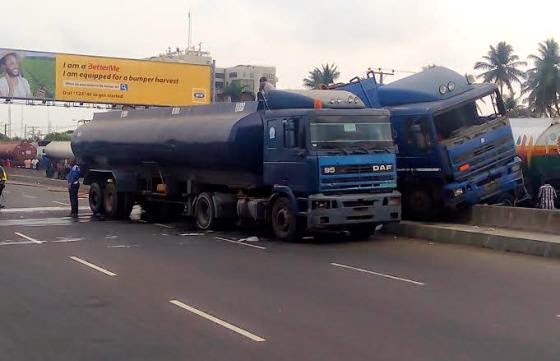