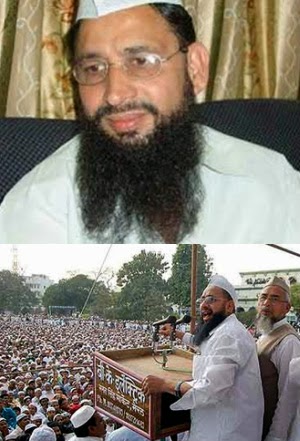 Indian police said Friday they were investigating a regional political leader who reportedly justified the massacre at France’s satirical weekly Charlie Hebdo and called for the Islamist attackers to be rewarded.

Police have registered a preliminary criminal case against Haji Yakub Qureshi, a former government minister in the northern state of Uttar Pradesh, for inciting communal hatred.

“Based on newspaper reports, we have lodged an FIR (first information report) against Qureshi under Section 505 of the Indian Penal Code,” Meerut city police chief Om Prakash told AFP.

“We are probing the case and will take action as per the laid out law,” he said.

Gunmen killed 12 people in the attack on the magazine in Paris in apparent revenge for the weekly’s repeated publication of cartoons mocking the Prophet Mohammed.

Qureshi, a Muslim leader of the regional Bahujan Samaj Party, was reported on Thursday as saying that those who lampooned the Prophet Mohammed “deserve” and “invite death”.

“Those who dare insult Prophet Mohammed deserve death and there is no need to initiate legal procedure against them,” he was quoted by the Hindustan Times newspaper as saying.

But Qureshi has denied telling media that he was willing to pay out 500 million rupees ($8 million) to the fugitive gunmen as a reward for carrying out the attacks.

The controversial politician had originally offered the amount in 2006 as an incentive to anyone who could behead a Danish cartoonist for lampooning the Prophet Mohammed.

“I have not made any such announcement regarding the attack in Paris,” he told the Press Trust of India news agency.

The attacks on Charlie Hebdo have been widely condemned in India by politicians and leaders of the 150-million-strong Muslim population.

But a veteran lawmaker and member of the former ruling Congress party has sought to link the massacre to France’s ban on the hijab used by Muslim women to cover their hair.

“They say hijab can’t be worn by Muslim girls. So it will have some kind of impact on the Muslims,” said Mani Shankar Aiyar.

“The unity in diversity that has been practised in India is one lesson the West hasn’t learnt,” he was quoted as saying by the DNA English daily.