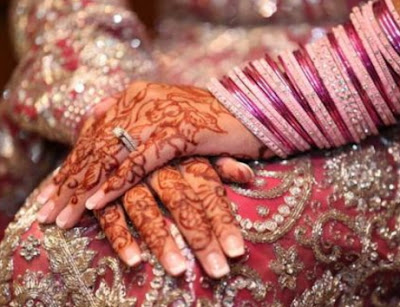 March 15, 2016 – Indian Woman Murders Daughter A Day Before Wedding Over Affair With Tenant

A bride to be was strangled by her mother the night before her wedding in India after being caught in a compromising position with their tenant.

The 20-year-old girl, known only as Mohsina, died in hospital late on Saturday night following the shocking incident, which took place in the district of Seelampur, north east Delhi.,The Times of India reports.

Family members of the girl, Mohsina, claimed that she left her room in the evening when they went out for wedding rituals. After returning, when her mother Saeeda and brother Mohammad Yunus went looking for her, they found her in a compromising position with their tenant Guddu.

An angry Saeeda grabbed Mohsina’s dupatta and dragged her to the ground, while Guddu managed to flee. Saeeda allegedly smothered her with a pillow until she fell unconscious. She panicked when Mohsina did not respond and called Yunus for help.

They told family members that Mohsina had fallen unconscious due to low blood pressure and rushed her to JPN hospital where she was declared dead on arrival. Saeeda and Yunus tried to cover up the matter saying that Mohsina had died of a heart attack.

However, doctors suspected foul play after finding strangulation marks on her throat and informed the police. A team from Seelampur police station reached the hospital and arrested Saeeda and Yunus.

Saeeda’s family made a living by renting rooms. Yunus had recently taken up a job at a factory. The family, originally from Meerut, had fixed Mohsina’s marriage with a businessman in Ghaziabad.

Family members said that Mohsina was having an affair with Guddu for the past two years, but they refused to accept the match as he did not have a stable job. They had even threatened the girl and Guddu .