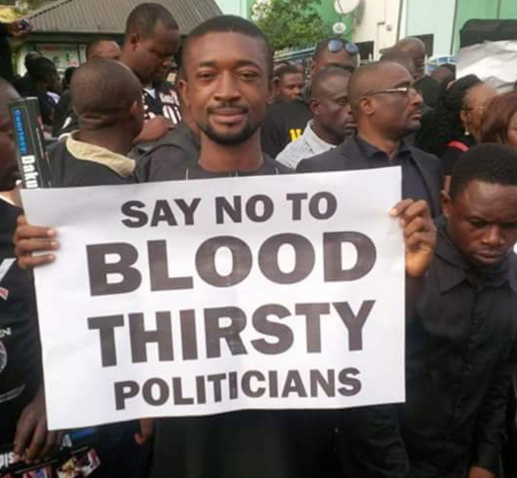 One of the bold politicians who reportedly exposed Governor Wike’s electoral fraud has been murdered in cold blood.

Dr Ebirien Fubara, a lecturer at Ignatius Ajuru University, Rivers State and his son were murdered on Sunday at his residence in Odili Road in Port Harcourt.

His son was first hit with a rod and died on the spot. The assassins later clubbed Fubara till he fell down unconscious.

Thinking that he had passed on, the assassins fled.

Dr Fubara breathe his last breath at a hospital in PH on Sunday.

The deceased was said to be the first whistle blower in the fraud carried out by Wike’s associates in April 11 Governorship election in Rivers State.