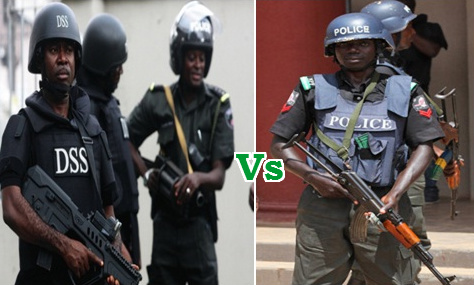 Two policemen were shot at close range by 2 DSS operatives yesterday in Ado Ekiti during an argument at the Secret Police office.

According to sources from Ekiti, Sergeant Sylvester Malik and his colleague Corporal Mough Tergwu got into trouble while arguing with the DSS operatives at the premises of the agency’s office yesterday after their arrest.

A source said the policemen offered to stay outside, that they could not hand over their firearms to the DSS men.

“Nobody knew what transpired afterwards, but suddenly there were sounds of gunshots and soon after, the two policemen were lying in a pool of blood. The policemen did not quarrel with them, so I don’t know what happened. Malik was shot thrice in the stomach. It was a real mess.”

It was learnt that Malik died immediately while Tergwu was rushed to the Ekiti State University Teaching Hospital. Malik’s remains were also taken to the hospital’s morgue. – said the source