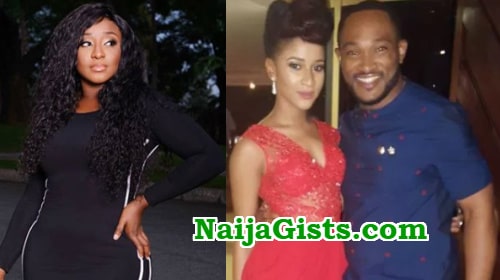 Meanwhile, in recent times, Nollywood heavyweights, Omotola Jalade Ekehinde and Jim Iyke have said that the reason they no longer grace the big screens as they used to, is because movie directors can no longer pay their worth.

However, in a chat with Potpourri, when asked if her reason for acting in few select movies of which most are projects of her production company, Minini Empire Production is because filmmakers cannot afford her anymore, the Akwa Ibom beauty said that is far from the case as she is slowing things down and is selective of the kind of movies she acts in.

“I wouldn’t say directors can’t afford me, I just decided to slow things down a little bit and be really selective of what I’m a part of. Sometimes, the worst stories or scripts come with a fatter pay cheque,” she said.

“If a producer really sets out to use you probably because the movie script is not so great and feels like they need somebody like you to bring it to life they will want to pay anything just to have you on. But at the end of the day when the film comes out you may hate yourself for doing it. It is not really about money for me, if I’m passionate about a story it doesn’t really matter how much I’m being paid for it. I don’t use money as a yardstick to be part of a project,” she added.

She further explained that she decided to tilt towards movie production due to her desire to discover new talents which she said is a way of giving back to the industry.

“I think I’m one of the first actors who started producing. I also happen to be one of the first actors who put their films in the cinema. My first movie production with Emem Isong, ‘I Will Take My Chances’ gave birth to a new actor, Bryan Okwara. Also, Knocking On Heaven’s Door’, another movie that I produced gave birth to the likes of Adesua Etomi and Blossom Chukwujekwu because that was their first acting jobs but see who they are today. So, for me, discovering new talents is a way of giving back to the industry and I feel privileged to be able to make such impact”.