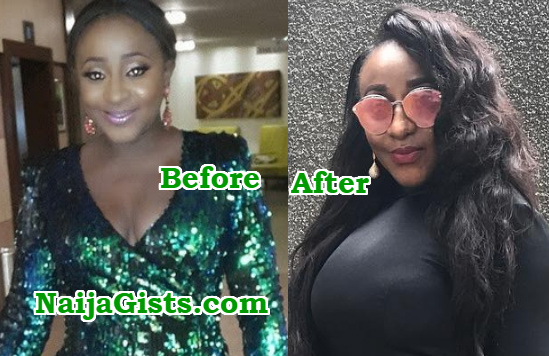 Recall that Ini Edo’s close friend recently told NaijaGists.com that the actress didn’t do any Brazilian butt lift as widely reported in the media few weeks ago.

The same source called our attention to a series of photos the actress uploaded on the society media earlier this week to inform us that the actress who recently denied getting a boob job seems to have done otherwise.

However, a school of thought is of the opinion that the source who called herself a friend of Ini Edo is likely to be a colleague or rival monitoring her movement.

A look on the social media page of the Nollywood star revealed that the actress has gained twice her “frontal asset “as her “backyard” net worth has also doubled. 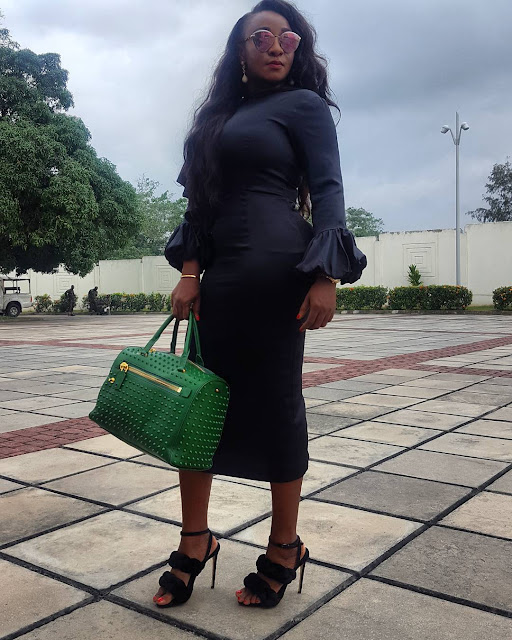 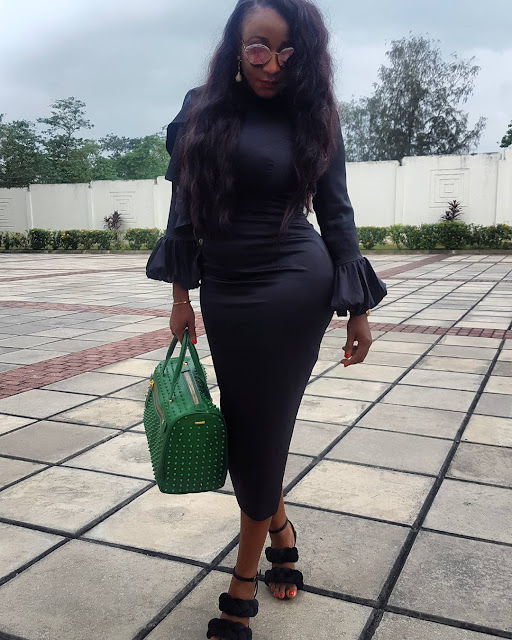 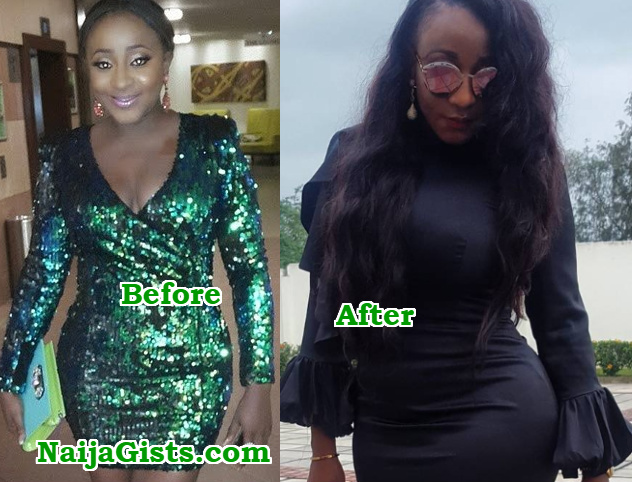 Body enhancement surgeries is the latest craze among female celebrities all over the world so make we no blame Ini da diva.