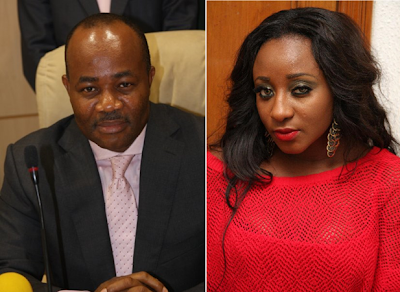 Few weeks ago, gossips took to the web to spread the news of Ini Edo and Akwa Ibom State Governor Governor Godswill Akpabio.naijagists.com

Actress Ini Edo who has kept silence on this issue has spoken up.

“As a rule, I don’t reply every talk or report about me, but these recent ones are crazy and baseless. I don’t know where they got their information that my state governor offered me N600m to build an art or film academy in Uyo.This is just another work of mischief makers, who keep troubling celebrities. To put the records straight, my state governor has not offered me such money to build a film academy in Uyo as was falsely reported.” – Ini Edo Ehiagwina