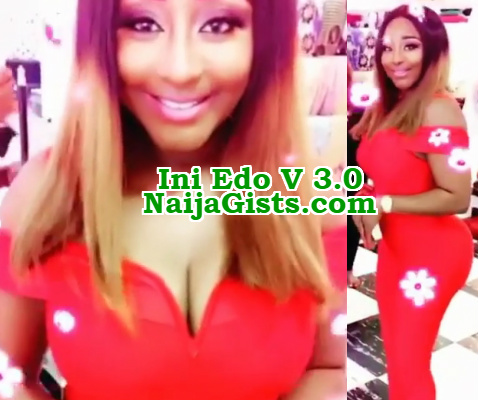 Nollywood actress Ini Edo who gained her confidence back last year when she underwent a series of surgeries to improve her look has not stopped flaunting her newly acquired figure.

The actress who is considered one of the most beautiful in the industry reportedly suffered lost self esteem shortly after her marriage crashed years ago.

So in order to feel accepted, she reportedly did what most of her colleagues did to get a well rounded back asset and fuller frontal asset.

She was among those who visited Fab Closet in Ikeja Lagos early this week.

Here is a video of  the actress flaunting her killer curve as she rocked a sexy red dress. 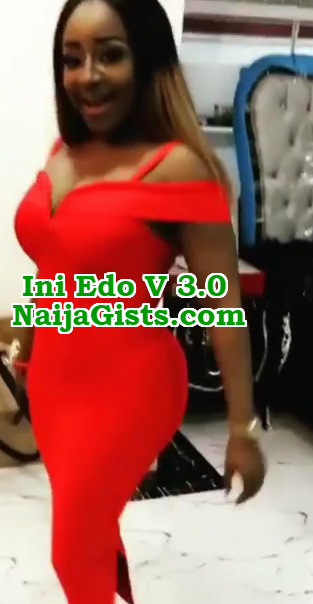 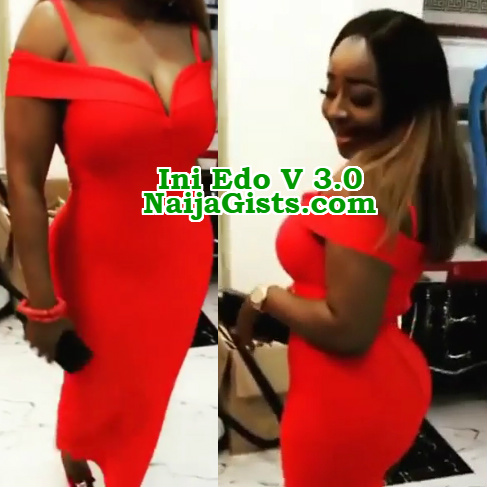 She looks amazing. Isn’t she?