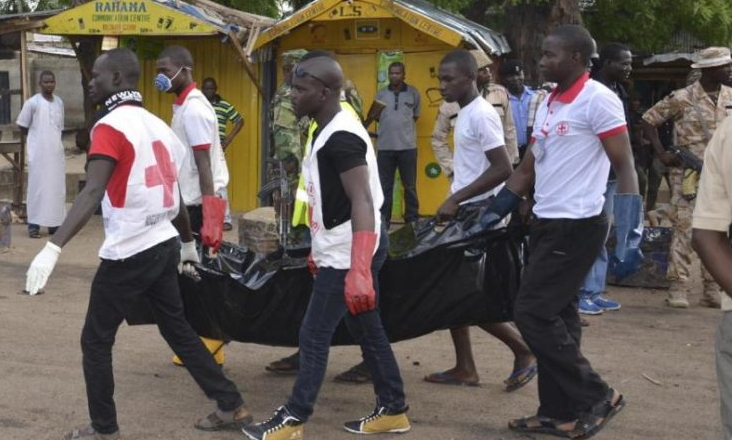 Borno Police Command has confirmed that six people were killed and 44 others sustained injuries in the Wednesday night multiple suicide bomb attacks at a Konduga community and the Dalori Internally Displaced Persons (IDPs) camp.

The Police Public Relations Officer in the state, Mr Joseph Kwaji, disclosed this in a statement issued on Thursday in Maiduguri.

Kwaji said that the two separate attacks were recorded at Maimalari and Dalori in Konduga Local Government Area of the state.

He said that two female suicide bombers at about 8 p.m. detonated Improvised Explosive Devices (IEDs) strapped to their bodies some 40 meters away from a military location at Maimalari village in Koduga.

He said that only the suicide bombers were killed in that blast.

“Two other suicide bombers were intercepted by security operatives at the entrance of Dalori IDPs camp.

“One of them hurriedly detonated the explosive on the main road leading to the camp’s main entrance.

“The other bomber scaled the perimeter fence of the camp from the rear and detonated the explosive, killing herself and two other persons.

“Six persons including the four 4 suicide bombers died in the attack, while 44 others sustained injuries,” he said.

Kwaji revealed that the wounded were taken to hospitals in Maiduguri for treatment, adding that normalcy had been restored to the area. (NAN)