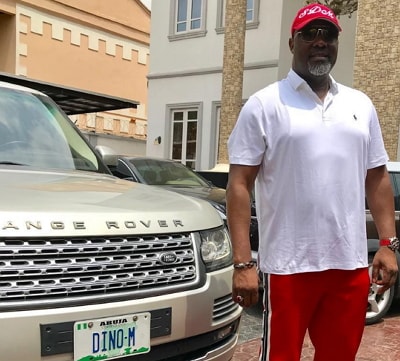 Also declared wanted and placed on the watch list of the International Police Organisation (INTERPOL), was Mr. Mohammed Audu, son of the late Governor of Kogi State, Prince Abubakar Audu.

Idris also directed the removal of the Commander of Federal Special Anti-Robbery Squad (F-SARS) in the state, as well as the Divisional Police Officer (DPO) in charge of ‘A’ Division in Lokoja.

Janga and other officers were removed over the escape from lawful custody of six suspects held for alleged unlawful possession of firearms.

Already, 13 police officers who were on duty when the suspects escaped from custody had been detained for interrogation.

Before his removal yesterday, CP Janga had, in a statement, announced the “escape” from lawful custody of six suspects arrested for alleged criminal activities in the state.

According to Janga, two of the suspects had allegedly confessed to being armed by Melaye, ostensibly to cause mayhem in the state.

“The Nigeria Police Force, Kogi State Police Command on 28th March, 2018 received a news that six suspected criminal elements namely; Kabiru Seidu a.k.a Osama, Nuhu Salisu a.k.a Small, Aliyu Isa, Adams Suleiman, Emmanuel Audu and Musa Mohammed, who were under detention at the ‘A’ Division Lokoja, escaped from lawful custody. Four of the suspects were on court remand, including two that indicted Senator Dino Melaye and Mohammed Audu.

“Consequently, all the six suspects, Senator Dino Melaye and Mohammed Audu were sent for watch listing and red notice by the INTERPOL for immediate arrest anywhere we see them.

“The Command hereby appeals to the members of the public to assist the Police with useful information on the whereabouts of the suspects by reporting to the nearest police station.

“Investigation into the unfortunate incident is ongoing, while the 13 police officers who were on duty when the incident occurred were defaulted and detained for interrogation,” Janga said.

However, three hours after the statement signed by Janga was issued, the Force Public Relations Officer (FPRO), Mr. Jimoh Moshood, an Assistant Commissioner of Police, issued a release conveying the CP’s removal from Kogi.

According to Moshood, the IGP was “dissatisfied with the circumstances surrounding the escape of six suspects, including two principal suspects (Kabiru Seidu A.K.A Osama, Nuhu Salisu a.k.a Small), who indicted Senator Dino Melaye and Mohammed Audu in a case of conspiracy and unlawful possession of prohibited firearm already filed at the Federal High Court, Lokoja which came up in court on 28th March, 2018”.

OPC Calls For Death Sentence For Convicted Boko Haram Terrorists, Demands Leah Sharibu’s Release
Mimi Orjiekwe: Folorunsho Alakija Is My Role Model, I Wish To Be Rich Like Her