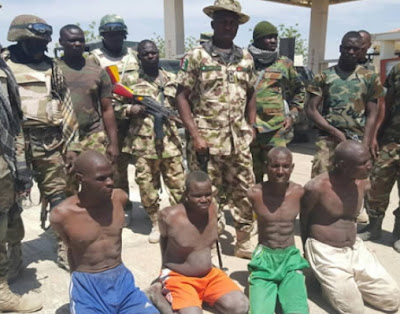 The Oodua People’s Congress (OPC) has called for the immediate and unconditional release of Leah Sharibu, the only Christian schoolgirl of the 110 students abducted from Government Girls’ Technical College, Dapchi, Yobe State by Boko Haram insurgents.

OPC advocated that rather than being tried in regular courts, Boko Haram members should face the military court martial, while those found guilty should be sentenced to death.

Reacting to Leah’s travails and an offer of amnesty lately made by President Muhammadu Buhari to Boko Haram insurgents, the Yoruba socio-cultural group, in a statement by its President, Dr. Frederick Fasehun yesterday, said ;

“Offering amnesty to a world-acclaimed terrorist organization is the most unequivocal testimonial that government has been merely spewing lies and propaganda about defeating Boko Haram.

“Nobody should make a martyr of that small girl as her ordeal for being a Christian makes many Nigerians to wonder if religion is why the government appears to be foot-dragging negotiations for the release of the Chibok girls, many of whom are Christians.”