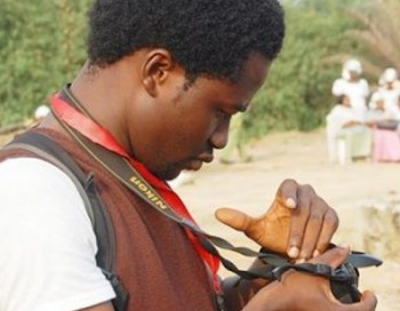 Forget all the photo making round on the social media.

This is the real photo of Mr Ikechukwu Onubogu, an investigative journalist and cameraman with the Anambra Broadcasting Service who left his family house in Awka Anambra state after receiving a strange call urging him to come to a breaking news scene on Sunday the 12th of November 2017.

On the 13th of November, his family filed a missing person case with the police who later found his lifeless body yesterday Thursday the 16th of November 2017 in a location in Onitsha.

His corpse had been taken to the Amaku Teaching Hospital in Awka.