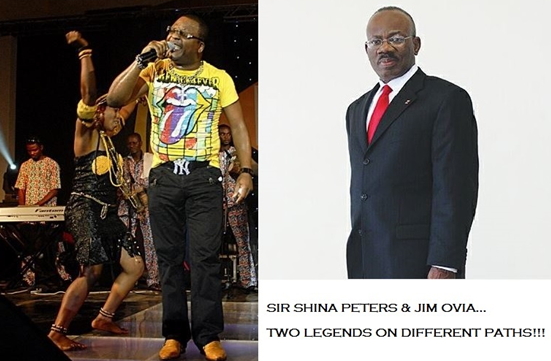 Robert Kiyosaki said, “It’s not how much money you make, but how much money you keep, how hard it works for you, and how many generations you keep it for”. There has been an appalling and  sympathetic dearth of financial intelligence among the youths. People like Mark Zuckerberg, Bill Gates, Aliko Dangote, Jimoh Ibrahim et al were navigating the business world when their colleagues were reveling in youthful exuberances. Your investor’s edge will always set you apart among your colleagues. Most of our youths lack financial intelligence and money management skills. Money management is based on a mindset that dictates that money should be used in a way that yields the highest value possible for any amount spent.

There has been a trendy discussion on many social media platforms of recent about Sir Shina Peters and Jim Ovia. The perpetrators of this uncanny comparison forgot to pin-point the evolution of these two models that changed the way we now do banking and music. I want to emphatically say that investment is not all about money! I am going to be opening our eyes to what I will like to call ‘wholesome investment’. How we handle money is a critical part of investment but it is not everything. Before I go into my own idea of investment, I will like to give us a piece of this uncensored and jaundiced piece of comparison that has gone viral on social media:

“In 1990, Shina Peters built a house with N20 million naira; the same year Jim Ovia started Zenith Bank with the same amount. Today, you and I don’t have a room in Shina’s house but I have an account in Jim’s bank and probably you do too.  Shina’s house was built in Iju Lagos and remains there till date. Jim’s bank started in a corner and now has over 500 branches in Nigeria, and many international branches. Millions upon millions transact business in Jim’s bank daily. Shina’s house is becoming dilapidated….  In 2015, he SPENT more money to renovate the house and bought a Nissan Pathfinder with N10 million…additional liability, while in the same 2015, Jim’s bank MADE a profit of N105.7 billion.

Zenith bank employs hundreds of thousands, and feeds their families. This is the difference between Assets and Liability. If you buy a car for N20 million today, in 20 years’ time, you will be ashamed to drive it. On the other hand, if you invest that same amount in a lucrative business or in an asset, it may be worth billions in 20 years. ( Jim Ovia is now worth $980 million dollars, with the official dollar rate of N320, that means he is worth N313 BILLION NAIRA because of an investment of N20 million).

Spend the little money you have today wisely. Some people driving expensive cars today are not aware that they are driving their future and the future of their children. Some people carrying iphone7 today may not be aware that they are carrying their future. When you are young, don’t spend money. Invest it. Every penny in your hand is like a seed, you can decide to eat it, or sow it. When you sow it, it will bear much more seeds later in future. The future belongs to those who prepare for it today.”

Why I refuse to accept this comparison and probably confirm the veracity of this information, I am fully in agreement with the latter part that we should invest in assets and not liabilities. The comparison is not fair because they are men with different skills and opportunities! They both invested in their passion, while Shina Peters mesmerized the whole world with his unique genre of music, Jim was building an empire out of his passion. Do you know how many young musicians that were inspired because Shina Peters took a bold step into a genre of music that was relatively non-existent in his time? Do you know how many voices that Shina Peters electrified by becoming a pathfinder for the world of Afro-Juju!

Anybody that pursues his/her passion is already a success in a form. If there is anything that I will always give to Jim Ovia and Sir Shina Peters, it is that they both relentlessly follow their passion. I admire both for their contagious passion though they pursued different paths. They were both Pathfinders and also undaunted in the pursuit of their passion. As you would later see in this write-up, the first and probably most important form of investment is not in things but in our passion! What are the different ways of investment that most people normally overlook in their irrational drive to invest in things? I will be doing a painstaking analysis of those investment patterns that we’ve always been neglecting. The rich has more assets than liabilities, the reverse is true for the poor. Invest more in assets in 2017.Good investing advice is timeless!

INVEST IN YOUR PASSION: Warren Buffet once said, “Don’t settle for anything other than your passion”. Real financial security and freedom is not in your job but in your passion. The fastest way to prosperity is to follow your passion; following your passion helps you achieve more freedom (financially, emotionally, socially, and spiritually). Discover the one thing you were created to be, and be willing to pay the price to be it!

INVEST IN PERSONAL DEVELOPMENT: Jim Rohn said, “Formal education will make you a living; self-education will make you a fortune”. Invest in yourself; be so good that they can’t ignore you! Personally, I allocate almost one third of my “work time” into educating myself, either via books, articles, video courses or webinars. Do not underestimate the long term impact of compounded knowledge. Benjamin Franklin said, “An investment in knowledge pays the best interest.”

INVEST IN YOUR DREAMS: Your salary is the bribe they give you to forget your dreams! How much did they pay you to give up on your dreams? And when are you going to stop and come back and do what makes you happy? I have seen many people who work at the same company for their entire lives; they clock in, they clock out and they never have a moment of happiness. One of the greatest minds of our time, Dr. A. P. J. Abdul Kalam, the Former President of India and a world-renowned Space Scientist said, ”Your dream is not what you see in sleep, your dream is that thing that keeps you from sleeping”.

INVEST IN NETWORKING: This involves finding, meeting, collaborating and partnering with people of like-minds. In order to profitably navigate through life, we need to up the tempo of our social skills. In life, the truth is: After some point, you are going to hit a ceiling, either in your business or your personal capabilities. That is why you need to surround yourself with others who will help you to get to the next level. Networking and building trust are very long processes so you need to start it early and essentially never stop it. The return on your time and energy investment on this will ultimately be so large, that it will be totally worth it!

INVEST IN STOCKS: Stocks have historically provided long-term returns far better than bonds or cash but there is a price to pay. And that cost is realized in meaningless short-term market swings that can and will frustrate even the most seasoned of investors.  If you want to emulate a classic value style, Warren Buffett is a great role model. Early in his career, Buffett said: “I’m 85% Benjamin Graham.” Graham is the godfather of value investing and introduced the idea of intrinsic value – the underlying fair value of a stock based on its future earning power.

INVEST IN REAL ESTATE: Property investment and real estate are the face of a new order. I meet with a lot of successful entrepreneurs, and almost every one of them has taken profits from their businesses over the years to invest in real estate.

Financial peace isn’t the acquisition of stuff. It’s learning to live on less than you make, so you can give money back and have money to invest.  Warren Buffet said, “If you buy things you don’t need, you’ll soon sell things you need”.  A timeless foundation for investment success lies in the ability of the investor to meticulously master the act of risk management, timely exit, investment behavior and investment intelligence. Will Smith said, “We spend money that we do not have, on things we do not need, to impress people we do not like”.  There is no freedom in 2017 without financial freedom. You need to design an investment and saving plan for 2017. What you save today will keep you safe tomorrow.

Peter Lynch said, “In the long run, it’s not just how much money you make that will determine your future prosperity. It’s how much of that money you put to work by saving it and investing it.” Forbes’ second richest man, Warren Buffett is an authentic model of an astute investor. His investment sense has always been: “Base investment decisions on potentials and not the past”.  Just like Jim Ovia, I want to advise the youths to always adopt a long-term perspective instead of short-term gratification. To all the youths out there, I want you to become more financially intelligent in these perilous economic times. Finally in the word of the investment guru, Warren Buffet, “Never depend on a single income. Make Investments to create a second source”.