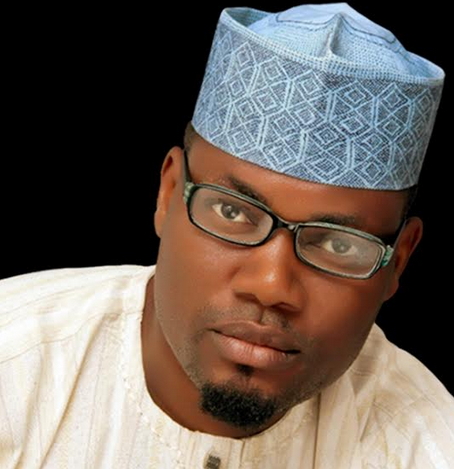 I am not one of those who believe balkanization would ultimately transform the governments of the nations that would emerge into several magic wands that would solve all the problems facing the people that inhabit the geographical space we today call Nigeria.

This sits among the reasons why I have never given a moment’s pause to the Nnamdi Kanu question. In fact, when he was arrested in 2015, I was in faraway India attending a writer’s residency, and readily dismissed the social media buzz then as another of our many Nigerian Noise Making sessions.

An Igbo friend sent me a video recently, and in that video Kanu came across as insultive, arrogant, filled with hate and somewhat dishonest about most of the history of the same country whose passport I am sure both he, members of his family and countless followers carry.

Nnamdi Kanu is not the first activist that we have seen. We have seen the likes of Gani, Soyinka and even the executed Sarowiwa, whose people of Ogoni have more right to agitation than any section of this country make their point but Kanu is the first to be so insultive and filled with hate for a country that countless of his brothers earn a living from. In fact, at the height of his peaceful resistance to British domination, Ghandi did not because Winston Churchill often dismissed him as ‘a half-naked seditious fakir’ among other insults, for once retorted to the use of invectives to pass his message. Even though I am not trying to insult the greatness of these men by putting Nnamdi Kanu on the same pedestal as them, my point is that he should take a clue from them and make his point with decorum.

The said video brought up a few questions in my mind: is it that Kanu is incapable of interpreting history, is he just being mischievous or willfully distorting what else we know? Even if there is something urgent about his message, should he not be building bridges rather than burning them through his insolence?

Let us take the issue of the first ever Nigerian coup for example.

A lot of people have faulted the amalgamation of 1914 but that is another matter. Many more have blamed what they call the ‘Born to Rule attitude’ of some Hausa/Fulanis on the British, which too is another matter.

Granted that the British tactics of divide and rule and the Hausa/Fulani domination created some resentment in the south in those days, but did the national challenges of the time warrant military coup? Even if their action was ideologically motivated as Ademoyega argued in his book, should they have prosecuted it in a way that appeared like a coup with sectional goal?

In August 1957 the Western and Eastern regions of Nigeria became self-governing, and they were later joined by northern region in 1959. On October 1, 1960, Nigeria became independent with three self–governing regions that saw the nation starting out as a true federation.

Granted that the new country had her own challenges and her new government at the time was not perfect, historians are unanimous in agreeing that some successes were made in the First Republic. For starters, the regions were truly independent, there was healthy rivalry among them, schools were built in Lagos, Ife, Nsukka and Zaria, colleges were established to train teachers and in fact, the Western Region introduced free education in 1955. Still the military struck and the first government ended. How would Nigeria have been had those mostly Igbo officer not struck when they did, how would Nigeria have been if there was no civil war and all the countless coup and coup d’état that followed after the war?

Prior to the 1966 coup, the president of Nigeria, Nnamdi Azikiwe, Senate president Nwafor Orizu, Minister of Foreign Affairs, Jaja Nwachukwu and the GOC of the armed forces JTU Ironsi were all Igbo men in an Igbo government and the army was said to be 65% Igbo, yet, Igbo officers staged a coup that wiped out the entire leadership of non-Igbo officers.

In Lagos, Kaduna and Ibadan, top government officials of non-Igbo extraction and the entire northern leadership was wiped out. Apart from majority of the coup plotters being Igbo, no single Igbo officer was killed in that coup. In fact, Major General David Ejoor (rtd) who was the Brigade Commander in Enugu then, in his book asserted that when soldiers were killing northern leadership, some were deployed to guard the home of Igbo officers to prevent them from being killed. He also claimed that a platoon was deployed to guard the home of the Premier of the Eastern Region Dr Michael Okpara. It was even alleged that one of the coup plotters, Ifeajuna held discussions with some eastern leaders which led to a mass exodus of Igbo leaders from Enugu before the coup.

After the coup, in very controversial circumstances, JTU Ironsi took power. Despite advice, he refused to try the coup plotters. As if to buttress this point, one of the plotters Mr Ben Gbule, would later lament ‘if we were shot, perhaps there would have been no civil war’.

JTU Ironsi even appointed an entirely Igbo advisory cabinet and then against better advise again, appointed Francis Nwokedi, an Igbo man, as sole administrator ‘to inquire into the unification of the regional public services’. Mr. Nwokedi was reported to be very dictatorial and arrogant in carrying out his duties, yet the leader carried on as if all was well.

If as many enlightened people have argued, ‘the worse democratic rule is better than the best military rule’, was the first coup justified whatever the reasons of the plotters? Did Nzeogwu and his men give a moment pause to what would be the back clash of their actions? As informed Nigerians today know, that first coup was the immediate cause of the war and most of Nigeria’s problems that followed till this day. Yet, the Nnamdi Kanus of this world would have us believe otherwise. They would have us believe that the Igbo sat still and war was brought on them.

In as much as I regret the war and pray nothing of such happens again in this country, I have always maintained that, the blame and atrocities of that war can be placed squarely at the feet of both side, it is only a matter of degree and interpretation.

Today, Nigerians including Kanu are one in condemning excessive power at the centre. It can even be argued that this sits at the core of the agitation for true federalism. But as far back as 1947, our founding fathers, Azikiwe and Awolowo saw the dangers and warned against a unitary form of government. Yet it was Ironsi, Nnamdi Kanu’s tribesman, against the advice of the four military governors of the time that established a unitary government in this country. As if that was not enough, the promotions in the army that followed favoured Igbo officers. This is not taking into consideration the highly provocative attitude of the Igbos to their host in the highly illiterate northern Nigeria in those days.

How can anybody, Nnamdi Kanu or not, reasonable deny the fact that the first coup was an Igbo coup? I believe any story that does not reflect this fact is biased. Objectivity means following the evidence, no matter how uncomfortable for us where it leads. Yet, I have not seen any traces of it in Kanu as regards the issue of the Nigerian Civil War.

There are many law abiding Igbos living and working within and outside Igbo land to whom the word secession is alien. Yet every day Kanu taunts them about living in a zoo and that theirs is the worst country in the world. Does he speak for the Igbo? Was he elected as such?

He speaks of self-determination, are Igbo under the colonial era still? In an independent country where citizens can freely live in any region they so choose, should he not be asking for the right to development instead? Around 2012, this same Kanu agitated for restructuring, what has changed since then that prompted his call for the dissolution of Nigeria today?

The large crowd of youths we see following him around in the east today, in my mind, only buttresses two simple truths: Nigerian youths especially those of Igbo extraction living in the east are fed up with their leaders and the country is long overdue for restructuring. If anything, this Kanu uprising should show every right thinking Nigerian that the time for selfish and dangerous politics is over, and Nigeria is long overdue for a patriotic, sincere and focused government. If this had been the case, I doubt if anyone would have paid any attention to one million Kanus.

Many have argued that the real issue here is marginalization even though it is the entire country that is being marginalized by the rich cartel. Even though I agree with this line of thinking and see the Nigerian situation as a battle between the rich alliance and the poor masses, I believe the government should see this tension as such and therefore do all within its power to redress it.

Truth be told, all the major government institutions in this country are located in northern and western Nigeria. This is also the case with the appointments in president Buhari’s government. According to the writer Chigachi Eke, ‘if the excessive weight of the overfed north does not kill Nigeria, then ultimately the chronic anemia of the malnourished east will’.

This is what we are seeing with the large crowd of dis-satisfied Igbo youths following Kanu all around. Is dis-satisfaction with the system not a very good breeding ground for fertile minds that can be fed with so much hate? Who knows what a large ready crowd of youths whose minds have been poisoned and is been manipulated with rhetoric against their own country are capable of doing? Who knows where all these agitation for a referendum and calls for election boycott will lead in the nearest future if the government does not act fast by showing it is willing to end the political marginalization of the Igbo and as a matter of fact every other section in this country?

The battle line is now drawn. The countdown in the battle for the minds of Nigerians in general and the average Igbo living in the south east has begun. Nnamdi Kanu continues to tour the region spreading his hate speeches against Nigeria, it is up to the government to match him by doing what is patriotic, needful and long overdue, which is to start the process of restructuring this great country.

About the author: Albert Afeso Akanbi is a Novelist, Researcher and Humanitarian. He lives in Abuja, FCT, Nigeria and he is a father. Twitter: @afeso82    Instagram: afeso82   Blog: akanbiafeso.wordpress.com