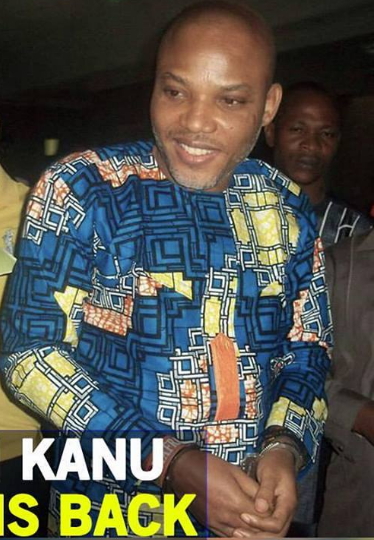 Mazi Nnamdi Kanu on Monday said he had filed a petition against the trial judge, Justice James Tsoho, before the National Judicial Council (NJC) over alleged bias.

The Federal Government is prosecuting Kanu, alongside David Nwawusi and Benjamin Madubugwu, on the sixcount charge, bordering on treason. The defendants however asked Justice Tsoho of a Federal High Court sitting in Abuja to disqualify himself from trying them.

The defendants, in a fresh motion on notice filed by their counsel, Ifeanyi Ehiofor, submitted that there is a manifest case of bias against the court, which complaint is also a subject of scrutiny by the NJC, currently probing the allegations of misconduct and manifest bias against the court in charge No: FHC/ CR/383/2015.

The defendants further submitted that by virtue of the scrutiny, the court’s impartiality in further proceedings in the charge shall be reasonably questioned. An affidavit in support of the motion, deposed to by one Ayoola Emmanuel, averred that a complaint has been lodged at the NJC against the conduct of Justice Tsoho in the case of the IPOB leader and his co-defendants.

According to the affidavit, “Following the present action by the NJC, it will only be tidy and most honourable that the judge disqualifies himself forthwith from further proceedings in the matter.”

It was averred also that the defendants’ constitutional rights to fair hearing will be grossly impeded upon if Justice Tsoho proceeds with the hearing of the charges against them.