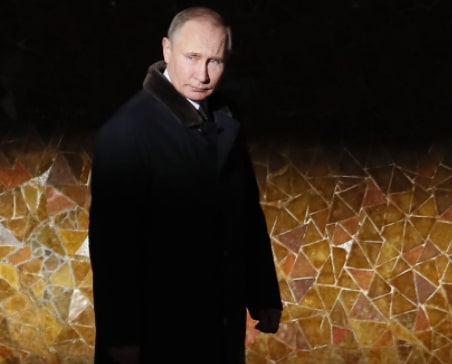 Warfare Over Welfare: The Preference Of Renegade Leaders… How Peace Is Boring, Horrid & Gloomy To Them

I cannot even pretend to know the origin of war, not being a historian. When the first one was fought and between whom; its causes and its outcome. Even in my youthful days when we’d beat hostel rules to go watch films at Rex Cinema or Ocansey Cinema, I was never enamored of war films.

The Americans were always the victorious over the Japanese. And I kept wondering whether my Japanese underdogs would ever have the upper hand. Maybe, my humble beginnings have aligned me irrevocably with underdogs.

However, I know — though I am no expert — the humongous budget of the global war industry. I know the research that goes into developing military arsenal that is driving mankind with unaccountable haste to the edge of the precipice and annihilation.

A few, just a few, powers are at the commanding heights of this industrial complex that produces armaments, while the rest of us in our multitude look on in awe of their destructive powers.

The sight of new guns, launchers and other munitions, the steely coldness of their appearance, fascinates and sends chills down the spine of us laymen. We look on hopeless and helpless, as we contemplate those that will be the eventual victims of these murderous technologies – our youth, our women, our children!

Scientists developing these deadly munitions are smug in their sense of accomplishment, seeing each deadly invention as toy, and gloating over what the human mind is capable of. When they talk about its unimaginable destructive power, they smirk with orgasmic pleasure and delight.

At that point they rarely contemplate their inventions as instruments of human misery, agents of death, and tools for wiping out years of human civilisation. They only anticipate the billions of dollars that is the outcome of their dark exertions, which will be stashed away in coded accounts with invisible banks. And they itch to have their deadly inventions tested to demonstrate to the world their deadly potency.

Arms sales and acquisitions are negotiated every waking moment in international corridors of power. Most times, with strings attached. You may do this. You cannot do that. This is how you must run your country, if you must purchase our weapons.

Talk of arrogance of power; and talk of ignoble servitude — all to possess the real Weapons of Mass Destruction of the poor! And thus, the rich countries feed off the poor and become richer, while the poor get poorer.

Meanwhile, poor infrastructure in education, health care, roads and transportation, agriculture, nutrition — indeed, the parlous state of their economies, reverberate in the people’s lament in the poor countries.

The bulk of the people are ravaged by poverty, disease and squalor; while the preference of their renegade leaders is warfare over welfare. And lick-spittle-subservience, over political astuteness and assertiveness.

Can peace rule the world? What happens to the gargantuan armament industry if peace should reign in the world? Maybe, our own world will be better, yes? Meanwhile, theirs will be boring, gloomy and horrid.

They will certainly loathe that kind of existence and will do everything to ensure that provocation drives the world. And appetite for weapons never ever cloys. The excitement of seeing the hapless die is intoxicating.

They would ensure that world peace remains a mirage. And that brothers are always at war, at pistols drawn; that suspicion, power-mongering and hate characterize relationships among neighbours.

Just contemplate what makers and importers of generating sets will suffer if Nigeria were to have steady, uninterrupted power supply. Do you think they will fold their arms and allow policies that will install stable power supply to gain root and succeed?

Or what would become of producers of pure water from wells and boreholes, if waterworks in state and local governments roar back to life. Not on your life!

It is ultimately about not what we gain when there’s peace in the world, but what oppressors lose if there’s no war in the world. Are we really not “the most pernicious race of little odious vermin that nature ever suffered to crawl upon the surface of the earth”? — apologies to the master satirist, Jonathan Swift.