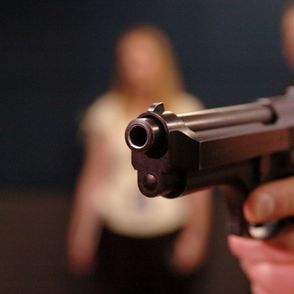 Robert Gray, a 45-year old Irish man working as the Project Manager at PW construction company who is currently handling a $25M Wukari-Takum Road repairs in Taraba state was shot dead on Thursday by some suspected armed robbers. naijagists.com

Gray was shot dead on Thursday while supervising the road repair project.

According to Mr Amos, Takum Division Police on Patrol found Robert Gray’s body lying in a pool of blood with his driver.

Robert Gray was reportedly attacked by unknown gunmen while traveling in his official Hilux Van. Gray and his driver were rushed to a Takum hospital but Gray died during treatment.

His driver is currently responding to treatment in an undisclosed hospital.