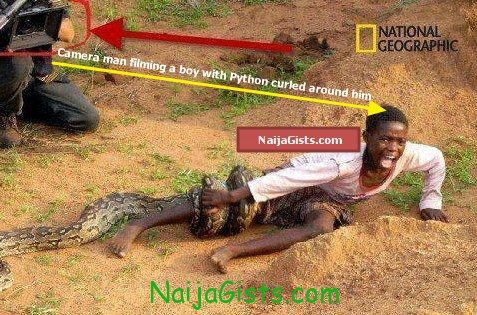 August 29, 2012 – Cameraman Films Boy As Live Python Wraps Around Him

Cases like this should not be taken lightly. A National Geographic channel cameraman was recently caught filming horrific documentary of a little boy with a live Python wrapped around him. naijagists.com

The poor boy appeared to be in pain.

Seeing a Little boy in pain and all they can do is Film and take his pictures?