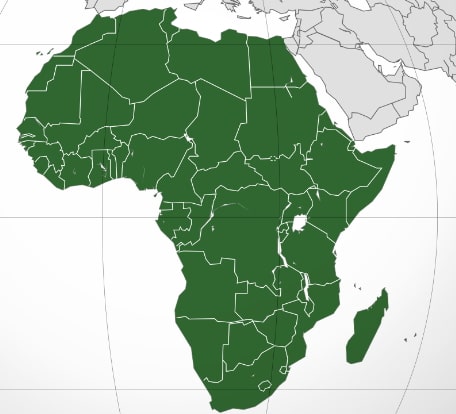 Strong Words For Those Making Ignorant Generalizations About Africa

The tendency to make sweeping generalizations about the African continent is often met with the sort of strong reactions reserved for those considered willfully ignorant. For Africans, who often find themselves on the receiving end of sweeping statements about Africa, there is an understandable reflexive urge to point out that, in fact, Africa is not one country. That Africa is 54 separate countries, each with its own borders, currency, religions and cultures – and so distinct at its extreme ends, that there are groups and cultures within the continent that identify more as Arab than African.

Relatively speaking, extreme poverty across African nations is falling, but not nearly fast enough to improve our collective development outcomes – particularly in the continent’s largest economy, Nigeria, where extreme poverty is rising by six people every minute. The stark human and food insecurity challenges in East, West, North and Central Africa remain at odds with the desired Africa Rising narrative. Beyond peace and security, inflation rates continue to climb across several African countries, even as citizens across all classes are increasingly hit harder by higher costs of living than ever before.

Yet, despite the sheer scope of challenges the continent has and continues to face, innovation is at an all-time high. The technology hubs of Nairobi, Kigali, Kampala, Accra and Lagos are thriving and propelling their respective nations into the leagues of global digital competitors. Average annual GDP growth on the continent has consistently outpaced the global average; urbanisation rates are rising and digital penetration is spreading quicker than ever before, bringing millions of previously marginalised people and communities into the formal/semi-formal economy. However, Africa’s collective growth is severely stunted and ours remains a vulnerable and dependent continent. One of the singular biggest threats to this growth has been the systemic challenges to our unification. To that point, it is notable that for a continent with over a billion people, the nations within it do so little trade with each other: just 17% in 2017, the lowest internal trade activity of any multi-country continent.

The African Union is fond of the maxim that “African problems need African solutions” but, while it seems to be a rousing call to action, there appears to be little consensus on what African solutions entail. But what if Africa were a country? What if, rather than maintaining short- to medium-term nationalist stances – which ultimately aggravate inflationary pressures – all African nations completely opened up their borders, instead? What if each of these African nations specialised in the areas they have competitive advantages in and engaged in intra-African trade for other necessities? And what if each African currency were partly convertible across the continent or, at the very least, there existed a platform to facilitate African-currency-based payments (and, thus, trade) across the continent?

Two-thirds of the European Union’s trade is internal, ensuring that the majority of resources and capital remains within the trade bloc, and that member states have a domestic market to fall back on in the event of global trade disruptions. In sharp contrast, the borders between every single one of Africa’s nation states have kept the continent’s markets small and anaemic. Whilst there is often a temptation for government – particularly in developing nations – to seek revenue growth by imposing tariffs, it is important to keep sight of the bigger, long-term picture. Key players in the rest of the world are adopting more protectionist approaches to safeguard their nations’ future, but engaging in the sort of trade wars that will depress their economies irreparably for decades to come. That should serve as a lesson to us. This is a critical juncture for Africa to create a trade buffer for itself, and enact reforms that make its national borders more fluid, reducing much of the costs that have historically come from doing business on the continent.

One of the main barriers to intra-African trade is the absence of enabling infrastructures. Less talked about, however, is the inhibitive impact of physical and non-physical borders. African countries remain closed off to one another. As recently as 2016, each of the 54 African countries imposed a visa or non-visa requirement on each other – a restriction with broad economic consequences. We can and should begin to imagine a different Africa – Africa as a country. One that allows for the freer flow of goods and services across its nation states, enabling cheaper access to inputs, raw materials, credit and, of course, people. With our population set to double in the next few decades, the African people are our greatest resource. Symbiotic immigration policies between African countries – bolstered by improved transportation infrastructures – will be one of the greatest intergenerational enablers of the search for prosperity across the continent. Loosening migration restrictions across African nations also has the potential to revolutionise business habits within the continent. By way of example, a direct six-hour flight from Lagos to London in February 2020 costs N301,055 (US$832), whilst a five-hour flight from Lagos to Nairobi costs at least 5% more. Why should it be cheaper to travel across continents than within it?

More recently, Ghana, Rwanda and Kenya have begun to reap the benefits of more fluid borders, lessening migration restrictions on other African Union nation states. Little wonder, then, that these nations are also some of the fastest growing on the continent. Between 2013 and 2017, Ghana alone received more foreign direct investment than all eight West African Economic and Monetary Union member-states combined – despite these member states sharing a common currency. As such, it is clear that our future is dependent on more revolutionary thinking about the free movement of Africans across Africa as a central policy area for integration.

Notwithstanding, the non-convertibility of African currencies remains a pressing issue. The inability to trade in every African nation’s native currency is yet another barrier to intra-African trade and growth. Instead of conducting trade or benchmarking our commodities against a third currency like the euro or the dollar, the existence of a continental African Monetary Union could, in essence, function as a clearing house for hitherto non-convertible African currencies and serve to facilitate trade. Carried out properly, the elimination of these barriers to intra-African trade and the deployment of a single supranational fiscal union will ensure that all nations within the continent are better able to withstand global economic shocks. An evolution of the way companies currently access investment capital is also necessary. The current regulatory landscape prevents -or severely limits – the extent to which companies in African nations undertake debt financing across borders. Consequently, the capital pool for otherwise excellent opportunities remains limited. At best, profits flow out of the continent into the pockets of financiers from more developed markets.

There is little doubt that the challenge of harmonising diverse economies with widely varying levels of economic development is daunting. With the adoption of the African Continental Free Trade Agreement (AfCFTA), we are off to a good, albeit late start. Yet, implementation and more importantly, public confidence in the benefits of its adoption is still a long way off. Thinking about Africa as a supranational union with sovereign member states could also be a silver bullet for the insecurity challenges that continue to plague swathes of our continent. Is it not remarkable that despite decades of conflict and world wars, Europe was able to transcend its ethnic differences and unite as the European Union?

Meeting the needs of supranationalism will be costly, politically challenging, and may appear absurd in the face of conflicting national self-interests. However, until Africa is able to act as one and show the world that it can be a global economic and political force, we will remain unable to spark a new engine of desperately needed growth. And, until then, we may remain trapped in the insidious cycle of awarding small concessions to collective progress and regressing in the face of short-term difficulties. Africa is coming of age. We are obliged to lead and play an active role in the development of our own enabling infrastructures, because our collective future is dependent on the extent to which we are able to put in place the policies and structures that can set us back on a path of more rapid and sustainable development.

About the author: Jubril Enakele is the Chief Executive of Iron Capital, an Africa-based, Africa-focused investment banking firm.

Continue Reading
You may also like...
Related Topics:africa, continent, country