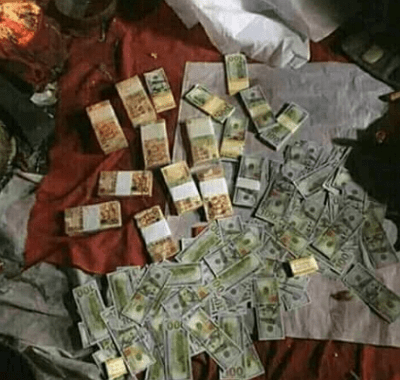 Why Is Human Life So Cheap In Our Society? Is There Really Anything Like Money Making Ritual?

Education is the systematic process of gaining knowledge and skills through study and instructions. It gives us knowledge of the world around us and changes it into something better by developing in us a perspective of looking at life.

The perspectives gained helps in building opinions and view on things in life. Most importantly, being truly educated makes us capable of interpreting things. Among other things, it is not just about lessons in textbooks; it is about the general lessons of life.

Furthermore, education has many benefits that have positive impact in our lives; an educated person is an asset for any country.

In today’s world, human capital is considered the best national resource because a truly educated person can explore better opportunities for himself, and the entire nation would benefit from his works.

Countries that expend resources in ensuring that their citizens are educated are not foolish; they know the importance of education and the negative and destructive impact of ignorance.

It would appear that crass ignorance is rapidly destroying the moral and other fabric that holds us together as a nation. It is high time we all rise and fight this “monster.” Before I forge ahead I would like to share a story a friend told me some years ago.

An herbalist (witch doctor) told a potential client to bring a “green” goat as part of requirements to appease the gods preparatory to making a money spinning charm.

After combing the town – and neighbouring towns – for days without coming across a “green” goat, he devised an ingenious plan. He bought a white goat and took it to a painter to spray it green. When the paint dried off, alas, the goat became unbelievably “green.”

I laughed my head off when I heard that story. It is against this backdrop that I would like to address the events emanating from the gruesome murder of Favour Daley-Oladele the 22-year old 400 level theatre art student of the Lagos State University (LASU).

According to reports, Favour’s boyfriend, Owolabi Adeeko, had allegedly connived with a “pastor” Segun Philips who promised to make a potion that would magically draw money for Adeeko and his mother. Following their arrest, the “pastor” claimed the ritual failed because “the spirit did not bring any money.”

When the news first broke, a Facebook user posted several pictures of the alleged murderers – mother and son – in a car with the son driving and the mother beside him; it was simply an ordinary family picture.

The Facebook user then wondered if we would have believed they were alleged murderers if the news hadn’t gotten out. How did we get here? Why is human life so cheap in our society? Is there really anything like money making ritual?

In the first place, I find it extremely difficult to comprehend that an individual will kill another individual, reap her heart out, cook and eat it in anticipation of getting rich! If it weren’t real, it could be interpreted as a scene from any of our popular Nollywood movies or the Dracula movies of an earlier generation.

But this happened in 2019 Nigeria where some of our youth are excelling in the digital revolution that has been changing our world.

One of the ‘Seven Social Sins’ identified by Mahatma Gandhi is ‘Wealth without work.’ This was what came to my mind when I first read about the story.

The young man and his mother want to get rich without working. What do you expect from someone who reportedly dropped out of the same university? So, having failed in his academics, he was looking for a short cut to success; he wants to ‘make it’ through diabolical means, without having to work.

Who was the arrowhead; mother or son? Mother said she wasn’t aware until after the deed was done. This cloud of ignorance blowing is a growing sociological problem in Nigeria that we need to address.

While it is true that dark forces exists, the notion that anybody can simply conjure money after killing and harvesting the heart, head or internal organs of another human being is nothing but ludicrous.

As ludicrous as it is, this belief remains prevalent, not only in Nigeria, but across the African continent. For instance, in Zambia, albino and people with a hunched back are perpetually endangered. It is assumed the hunch back is filled with money!

In 2017, Afonso Dias, a police commander in Mozambique’s central Zambezia province warned bald men that they could be targets of ritual attacks, after five men were murdered within a week. The belief is that the head of a bald man contains gold!

What can be deduced from this is the total collapse of our social and moral fabric. It didn’t come upon us suddenly; it was a gradual process. This moral disruption due to ineffective education or damage caused by failure in governance has been gradual and less perceptible till it “caught” us napping.

Add the effects of disruptions caused by severe material needs and negative cultural invasions and you have a crisis in your hands. This battle takes place in the dark recesses of the derailed mind of individuals which causes havoc to the collective psyche. The result, in most cases, is the failure to comprehend the purpose of life, leading to moral apathy and unwholesome acts of violence, aggression and criminality, especially among the youths.

Although money rituals have been with us for a long time, the current prevalence can be situated within the context of the late LASU student.

If you listen to the lyrics of most of the artistes who now rule the airwaves and are idolised in the social media, dishonest living to make money is all they glorify; in addition to peddling obscenities. And many of their followers are being conditioned to believe that in life; only the end justifies the means, and that how one acquires his wealth should not be questioned.

That is why some young men would engage in daylight bank robbery in Abuja and think they would get away with it. One of the robbers is even a paid employee of the bank! This is also why in 2018 we saw some perverts and the gullible who started raiding everywhere for female panties with the belief that that too can make them rich (see my article “Underwear palaver” December 2018).

It is imperative we vigorously strive to debunk this money making superstitions for the sake of the poor and uneducated people who fall prey to these kinds of stories.

Is it not curious that with all the claims of efficacy of money rituals in Africa, nobody can identify a single billionaire who made their money from such magic? If spirits can bring cash or a kidney placed in a “concoction” can truly make anyone rich, why are Africans still the poorest people in the world? Should the beneficiaries of such magic not be standing shoulder to shoulder with the billionaires of this world like Warren Buffet, Elon Musk or Jack Dorsey?

I’m aware some may beg to disagree with me on this issue. Their agreement in the viability of money rituals is, honestly, understandable.

We were raised in a culture that constantly bombarded us with such narratives. From popular culture to some so called religious houses, stories are rife of spirits who physically enrich certain people.

These stories abound mostly in Africa and Haiti. We have to be sympathetic and understand the plight and mindset of the poor.

Living in excruciating poverty, they see the lavish lifestyles of the rich who thrive despite not being engaged in the labour that is traditionally connected to wealth generation and they would fall for anything that brings wealth, including killing fellow citizens.

Uncontrolled Population Growth: A Threat To Nigeria’s Future
The Menace Of Child Marriage In Nigeria