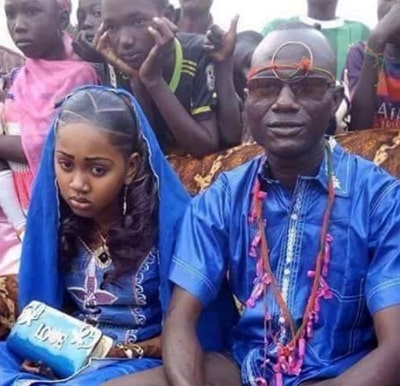 The Menace Of Child Marriage In Nigeria

Child marriage is one of major global concern as we see more activists and civil societies rise to demand social and legal protection for the girl child, which is ubiquitous across the Arabs, as well as other secular ones like Nigeria.

Yet, what we see, in spite of these advocacies is an increase in the number of school-age children (especially girls) forced into marriages with impunity.

I was inspired to write on this menace when reading a features article on an online news platform. The article contains a list of Nigerian women who confessed to have killed their husbands and were subsequently charged with murder.

While going through this list, the spirit of anti-feminism got the better of me, and I wondered when masculinism will be so pronounced that we would disturb the world with cries that men are also suffering in marriages.

But this feeling was soon displaced by that of empathy when I saw the picture of Wasilat Tasi’u, the 14-year-old girl from Kano, who reportedly confessed in 2014 to have killed her 34-year-old husband, Umar Sani with rat poison.

She did this in an attempt to emancipate herself from the forced union. I revisited my prayer for justice for the men gruesomely killed by their wives and I wondered if Wasilat deserved to be hanged for her sin – that is what justice, in technical terms would have meant. 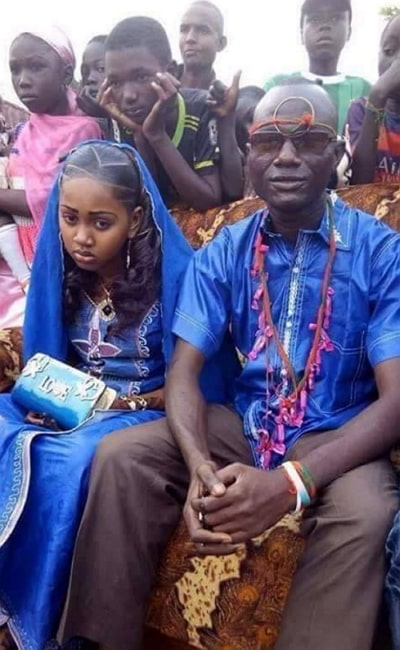 However, activists and civil societiey organisations took up the fight on her behalf and Wasilat was discharged while an NGO offered to take care of her.

It reminds me of the story of Firdaus in the book- ‘Woman at point Zero’ by Nawal El Saadawi, Egyptian Human Rights activist, who has been sentenced to death by the country’s authority even though she’s on exile.

Firdaus was sexually abused as a child by her uncle, who would ‘touch her in the most sensitive parts of her body.’ Innocently, Firdaus enjoyed the feeling she got from her uncle’s touching and anticipated more of it.

She grew up in an abusive world; this uncle, who adopted her after she lost her parents, thankfully sponsored her through secondary school but thought a girl child was not deserving of tertiary education.

So, young Firdaus, who had just turned 18 was married off to 60-year-old Sheikh Mahmoud against her wish. In her new matrimonial home, Firdaus was subjected to verbal, physical and sexual assaults until she took to the streets where she later graduated to being a prostitute and then an unrepentant murderer.

Interestingly, the story of Firdaus and that of Wasilat in Nigeria, which mirror the social reality in Egypt and other Arabian societies both have some things in common.

First, we see innocent girls turn villains, thereby committing heinous crimes. In Nigeria, we’ve read reports about how some of these girls attempt suicide; and how some of them run away from their husbands into the streets.

Like Firdaus, they take up undignified professions such as prostitution or stealing. They are deprived of a home; their innocence has been stolen, and they are worn the garment of adulthood which they are not ripe for; they contribute to increased illiteracy and poverty rates.

Also, as evidenced in the two stories above, the sexists or should we call them criminals, who justify child marriages do so on the premise that some religious edicts allow it.

I would not argue the rationality of these edicts but the humanness thereof, after all, every religion has one irrational practice or the other.

However, when a religious credo falter or fail the test of civilisation, it behoves the owners of such religion, as rational beings to redefine their doctrines for human dignity.

I read with surprise, a report that Saudi Arabia has banned marriage with girls below 18. Why was I surprised? Ordinarily, child marriages are prevalent in Arabian countries, and if not for the the practice which is also common in the Nothern part of Nigeria, perhaps would not have got the second position among countries that condone child marriages (as reported by United Nations Children’s Fund (UNICEF). We probably would not even have made the list.

It is an unjust phenomenon and, no doubt, the new regulation will reduce the practice in Saudi Arabia. However, Nigeria is a secular state, according to the Constitution, and it is not out of place to demand that such practice be prohibited in its entirety.

This practice places the peace and economic growth of our nation on a keg of gunpowder, whose explosion would be disastrous to all. B

According to UNICEF, Nigeria has the second largest number of child-brides in the world, with at least over 23 million girls married as children.

This was disclosed by the UNICEF Chief of Field Office, Bauchi, Bhanu Pathak at the 30th anniversary of the adoption of the Child Rights Convention held at Banquet Hall of the Government House, Bauchi in November.

These young girls do not have a voice of their own, yet the voices of concerned activists echo to the deaf ears of the Nigerian government.

I am wondering when Nigeria would take a cue from Saudi Arabia, an Arabian country that prioritises the welfare of her citizens, and make a similar legislation. I am wondering, when the religious extremist in this country will be liberal and succumb to the clamour for gender equality.

Perhaps, we’ll begin to witness this change once our leaders start paying attention to quality education, rather than make almajiris of their kinsmen when their own children in the best schools overseas.

Perhaps, this will happen when we take seriously the secularity of one Nigeria and relegate religious laws to where they belong – religious houses.

I am aware that a certain “Child Right Act of 2003” exists, which stipulates 18 years as minimum age for marriage, but this wicked act persists as many states, mostly in the North, refuse to ratify the law.

If that time ever comes that Nigeria, I mean every region in Nigeria criminalises Child marriages, I will then suggest that perpetrators be severely punished and that the girl child be given special treatment in education.

Until our girls and women find their voices, I join my voice to that of many activists to demand adequate protection for the girl child.

Why Is Human Life So Cheap In Our Society?
Nigerian Politician Assassinated In Olomu Ughelli Delta State