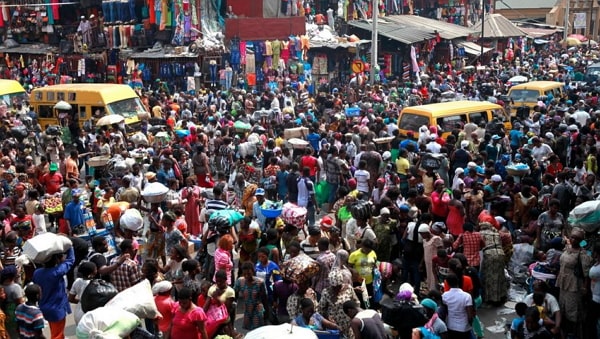 Back in year 1979, China took a radical step to stem its rapidly growing population. It introduced the one-child per family policy. According to the Chinese government, 400 million births were prevented through the policy.

In between – 1979 and 2013 – China also lifted over 500 million people out of poverty. Prior to the relaxation of the policy in November 2013, it had created another problem: gender imbalance.

There are now more men than women due to preferences for the male child. Chinese men are now marrying foreign wives. This would’ve been culturally inconceivable years back.

Earlier last year -2018 – the National Population Commission (NPC) released Nigeria’s current population estimate which was put at 198 million people. It said urban population growing at an average annual growth rate of about 6.5 per cent. The former Chairman, Mr. Eze Duruiheoma stated that: “Nigeria remains the most populous in Africa, the seventh globally with an estimated population of over 198 million.

The recent World Population Prospects report predicts that by 2050, Nigeria will become the third most populated country in the world.”

He added that over the last 50 years, the Nigeria’s urban population has grown at an average annual growth rate of more than 6.5 per cent without commensurate increase in social amenities and infrastructure. It grew substantially from 17.3 per cent in 1967 to 49.4 per cent of the country’s total population in 2017.

In addition, the 2014 World Urbanisation Prospects report, predicts that by 2050, most Nigerians – 70 per cent – will be residing in cities.

In terms of demographics, the youth make up a huge chunk of our population and are the ones fueling the urbanisation trends. Next are internally displaced persons (IDPs) in cities; this group poses critical challenges to securing sustainability in Nigerian urban centres, including efforts to make them smart and responsive to the human influx.

“The Displacement Tracking Matrix Round XXI of January 2018 identified an estimated 1.7 million IDPs in over 321,580 households across six states of North-east Nigeria with 40 per cent residing in camp-like settings in urban areas plus 1.4 million returnees.

He also rightly pointed out that Nigerian cities host wide spread poverty, under-employment and unemployment at an average of 18.4 per cent.

Add this to the insecurity in the country – which is fueling the upsurge in IDPs – and inadequate and inequitable healthcare services and access to education and you will come to the inevitable conclusion that we are in trouble.

It has often been said that “Nigeria’s population is a strength.” But if we look at it critically, is it really a strength? As far as I’m concerned, our population can only be beneficial if it is well-educated with requisite skills and healthy.

Equally too, the economy must have the capacity to provide employment and sustainability of households’ income to buy the goods and services produced by several businesses. If we want to be fair on ourselves, we know this is not the case now.

Today, Nigerians spend billions of naira on education and medical tourism. The reason for this is because our education and health sectors have virtually collapsed.

Yet, these are two key sectors vital to the development of any nation. Bill Gates – and lately, the World Bank – have both emphasised the urgent need for the revitalisation of our health facilities and investment in human capital. With over 10 million out-of-school children, and millions others with substandard education, Nigeria is in a bind. But we carry on as if all is well.

So, how do we begin to fix this? The government must undertake aggressive sensitisation on population control. The Chinese model has shown there will be gender distortion if a forced policy is induced.

People need to be educated in simple and clear terms why they have to limit the number of children they should have. Already, critical infrastructures such as the ports, railways, roads, schools, hospitals are stretched to braking point. This is further worsened by the fact that we are not a nation that plans.

Our infrastructural deficit is humongous. To start to address this, the government must make the nation secure to attract foreign direct investment.

Efforts should also be made to revive moribund industries by providing them bail out funds where necessary. Aggressive MSME policies must also be pursued through very soft loans.

Any plan must also include what is to be done with the millions of out-of-school children and how to correct the substandard education received by millions of Nigerians.

Of course, you cannot take a step without carrying the people along. In essence, a lot of work will go in the area of massive awareness creation. Government will need to convince people -with appropriate data – on the need for population control.

People need to know that uncontrolled population growth will ultimately put pressure on critical infrastructures like hospitals and schools. The problem of waste management is also there as being experienced in major cities across the country.

During a recent road trip, we passed a convoy of youth wielding various tools – cutlasses, hoes, spears, bows and arrows and what have you.

I counted over twenty truck loads. I was visibly shocked about the huge number wondering where they are headed. Throughout the journey I kept reflecting what would happen if these youth are unleashed on a community. This is the other side of our uncontrolled population growth.

The population issue is a ticking time bomb, especially for a country that hardly plans. Beyond investing in infrastructure, how do we intend to provide employment which is the other side of the coin? Mark Zuckerberg and Bill Gates, who built billion-dollar technology companies in two very different areas, see more seismic problems ahead.

At his Harvard University commencement speech, Zuckerberg said: “Our generation will have to deal with tens of millions of jobs replaced by automation like self-driving cars and trucks. When our parents graduated, purpose reliably came from your job, your church, your community.

But today, technology and automation are eliminating many jobs. Membership in communities is declining. Many people feel disconnected and depressed, and are trying to fill a void.”

For us, that “void” has manifested in the increasing cases of kidnapping for ransom, banditry, armed robbery, cultist activities, ritual killing, excessive gambling and a plethora of societal problems.

Gates, on the other hand, said:

“I just want to say one word to you. That word would likely be robots.” What was his point? Robots are already taking jobs meant for humans.

We should all be concerned because population explosion may be considered positive hindrance in the way of economic development of a country because of the pressures it put on infrastructure and other facilities.

In a ‘capital poor’ and technologically backward country like Nigeria, growth of population reduces output by lowering the per capita availability of capital.

Due to higher birth rate and low expectation, the percentage of dependents is understandably very high. A large part of the population is in the non-productive group which simply consumes and does not produce much.

The rapid growth of population thus diminishes the availability of capital per head which reduces the productivity of the labour force. Income is reduced because it caters for the consumers thereby curtailing the capacity to save which, in turn, adversely affects capital formation.

A rapidly growing population also increases the requirements of demographic investment which at the same time reduces the capacity of the people to save.

Beyond corruption, our investment requirements are going beyond our investing capacity. I visited a teaching hospital recently and I was silently weeping. I couldn’t believe what I saw; this use to be a centre of excellence in the past but now looks like a “mere consulting clinic,” (apologies to Lt. Gen. Joshua Dogonyaro (retd).

Visit a normal maternity clinic in any of our general hospitals and you’d be amazed by the number of expectant mothers you’ll see – doctors and facilities are often stretched beyond breaking point. The time to act is now.

Christmas Reflection: Biblical Answers To Sex During Pregnancy
Why Is Human Life So Cheap In Our Society?