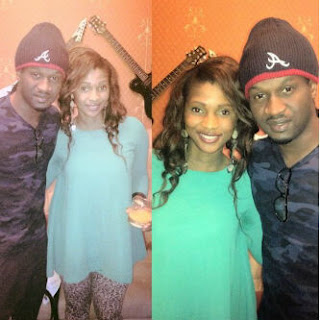 The latest buzz on the net is that Paul Okoye of P-Square has found a new catch.

The beautiful babe named Olubukola aka Bukky is a diploma law student in UNILAG.

This is a picture taken inside P-Square’ Squareville Mansion in Omole Estate, Lagos.

The controversial aspect of the story is that Paul Okoye is already committed to his first baby mama, a lady named Anita who bore him his first son last year.

He also has another baby mama named Elshama from Plateau state who gave birth to his 2nd baby last year. He is yet to accept Elshama’s baby.

Hope this one is not a one night meal.

Bukky will know her fate in the upcoming months.