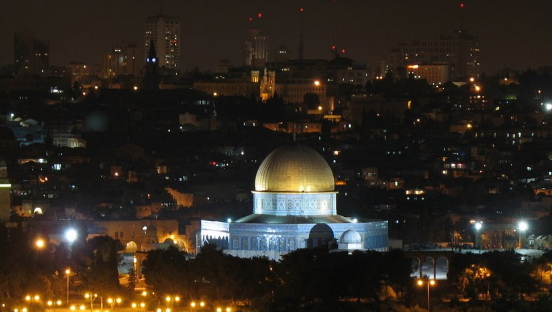 December 14, 2017 – ISIS Threatens To Attack US For Recognizing Jerusalem As Israel’s Capital

One of world’s most deadly Jihadi sects, Islamic State of Iraq and Syria has threatened to attack the United States of America to retaliates Trump’s recognition of Jerusalem as Israel’s capital city.

In a social media message titled: “Wait for us” and “ISIS in Manhattan”, the group said that it would carry out operations and showed images of New York’s Times Square and what appeared to be an explosive bomb belt and detonator.

“We will do more ops in your land, until the final hour and we will burn you with the flames of war which you started in Iraq, Yemen, Libya, Syria and Afghan. Just you wait.

Continue Reading
You may also like...
Related Topics:attack, capital, isis, israel, jerusalem, us

Omarosa Manigault Was Fired By Trump And Walked Out Of White House For Cursing – Sources
Black Couple Die In Fatal Car Accident In Mississippi Days To Christmas, Leave 3 Kids Behind [PHOTOS]