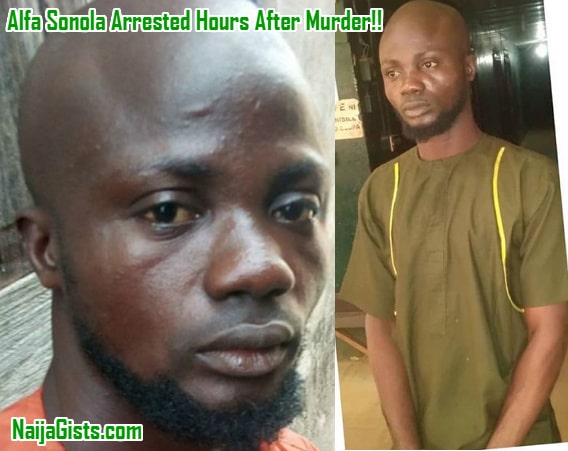 A violent cleric who allegedly killed his wife during a fight that broke out over food in Ogun state on Christmas day has been arrested.

According to the father of the victim, he beat the deceased to coma early Wednesday morning.

She reportedly gave up the ghost at Ijaye General Hospital.

He was said to have fled to an unknown location shortly after the attack before police picked him up from his hide out on the same day.

Ogun state Police spokesperson, Abimbola Oyeyemi said preliminary investigation revealed that the suspect who also worked as a carpenter was fond of beating his late wife at any slight provocation.