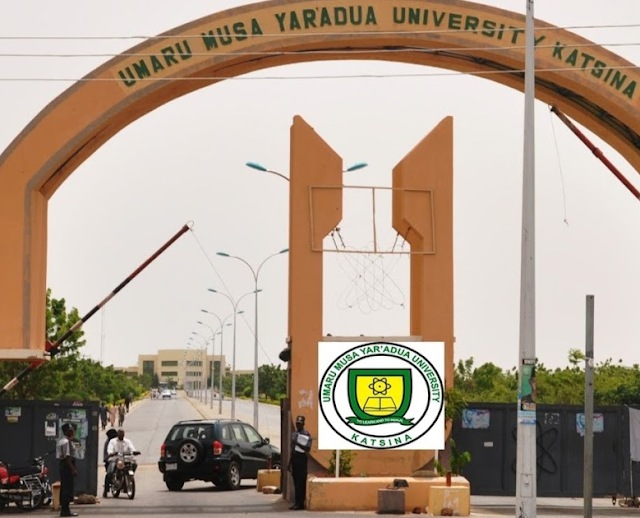 The management of Umar Musa Yar’Adua University, Katsina, Katsina State, have outlawed any other religious or tribal associations on the institution’s campus besides the Muslim Students Society of Nigeria.

The institution’s acting Dean of Students’ Affairs, Dr. Sulaiman Kankara, conveyed the new directive to all students’ clubs and associations that were operating on its campus in an internal memorandum dated January 17, 2017.

A copy of the memo, obtained by one of our correspondents, was captioned, “Re: Registration of Students Clubs/Associations.”

Sulaiman said the new directive was part of the resolutions of the institution’s management at its 59th meeting, which held on January 10, 2017.

The memo read in part,

“The Muslim Students Society of Nigeria is the only religious association allowed to operate in the university.

“All tribal and local government associations are prohibited by the university. Duly registered departmental associations should be allowed to operate, but they should observe item (I) above.”

However, sources within the university told The PUNCH that that the new directive was unlikely to elicit any reaction from the students when the institution resumes its new academic session on January 30, 2017.

“The university has never hidden its posture to be an Islamic institution despite the fact that it is a public institution,” one of the sources said.

The state government had last week approved the construction of a new mosque for Fridays’ Jumat service at the state-owned Hassan Usman Polytechnic at the cost of N64m.

The state Commissioner for Women Affairs, Dr. Baddiya Mashi, in her contribution at a press briefing at the end of the state executive council meeting, made the disclosure.

But a Senior Advocate of Nigeria, Mr. Norrison Quakers, who is a pastor at the Redeemed Christian Church of God, described the directive by the UMYU authorities as unconstitutional and one that could fuel crisis in the country.

Quakers, who argued that the directive was a specific affront to Section 10 of Nigeria’s constitution, called on the Attorney General of the Federation, Mr. Abubakar Malami (SAN), to immediately, as the country’s chief law officer, take issues with the UMYU.

“What the university authorities have done, in this case, is to promote a particular religion or prefer one religion above the others and that is actually calling for chaos and unrest.

“My position is that the decision of the university authorities is one one-sided, and what this has clearly shown is that this particular administration seems to be promoting ethnicity and religion and that, we must avoid.

“The constitution of Nigeria is very clear concerning our unity. My position is that all right-thinking Nigerians must rise up to condemn this directive; it is not something that should be condoned, it is not something that is acceptable. The Attorney General of the Federation should take it up; that policy is an infraction on the constitution and the Attorney General of the Federation is the Chief Law Officer of the country.”

Also, a Lagos-based lawyer, Mr. Wahab Shittu, who is a Muslim, said the directive by the university authorities had no foundation in the country’s constitution, stressing that it should be challenged immediately.

Shittu said, “Clearly, it is a violation of the constitutional provision, permitting freedom of association. There is no fundamental right that can derogate from that on grounds of public safety. The fundamental rights of the students to freely associate and express their views have been violated directly by that directive.

By virtues of the constitution, which is the supreme law of the land, there is nothing to suggest that the directive can be accommodated in any of the exceptions or derogation from the fundamental rights as contained in the constitution. The directive is constitutional, null and void; it is ultra vires and it should be challenged.”