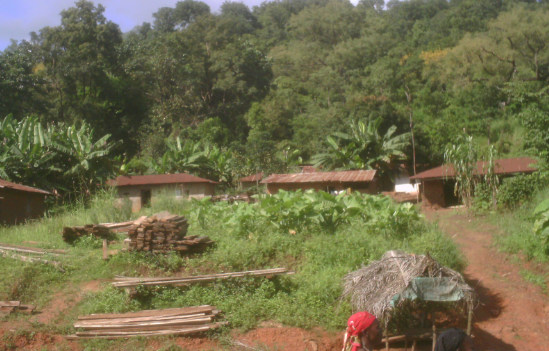 A man of God who came to settle a quarrel between a hunter and his wife at Iwewe-Ichama community, Okpokwu Local Government Area of Benue State, has been shot dead.

The pastor, identified as Ojobo, was killed by Idoko, the hunter, on Friday. Idoko also injured three people, who came to intervene in the marital squabble. Idoko was about to shoot his mother-in-law when he shot and killed the pastor.

The three other people, who were injured, also came to rescue the old woman. Trouble started after Idoko’s wife cooked a bush meat he killed the previous day, even after he had warned her not to. He said that he planned to sell it to raise money.

An eyewitness said that after realising his wife had cooked the meet, Idoko got angry. The couple started quarreling and it snowballed.

The angry hunter, in a blind rage, grabbed his hunting rifle and threatened to shoot his motherin- law for supporting her daughter. The old woman raised the alarm, attracting neighbours. The pastor was one of those that rushed to the scene.

The pastor tried to rescue the old woman from Idoko’s grip, but Idoko suddenly pulled the trigger. The pastor reportedly died of gunshot wound on the spot.