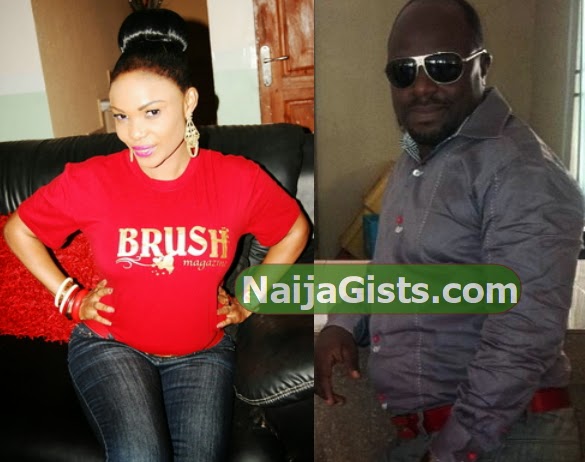 Recall that the beautiful mother of two told Gold Myne TV in a recent interview that she will be getting married soon.

The story became viral when NaijaGists.com publicized excerpts from the interview.

Well the actress seems to have changed her mind. She said GoldMyne TV lied about her interview.

“It is shocking to hear about yourself what you are not planning to do. My question is to whom am I getting married to? There is no truth in the report. My fans and friends have kept calling me on the matter.”

A new twist to the story has emerged.

Whispering birds in Nollywood said the actress is still in a hot romance with her ex-boss, Muka Ray despite her debunking it severally.

For now, she is still keeping the relationship from the prying eyes of the media in order to avoid conflicts because the man is married #lobatan