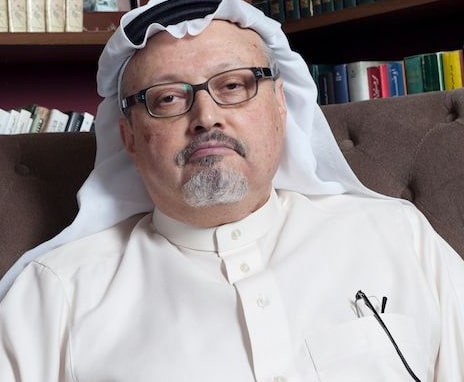 The President of Turkey, Tayyip Erdogan has opened up on the savage killing of Saudi Journalist Jamal Khashoggi at the Saudi Arabia embassy in Istanbul Turkey.

While addressing journalists over the brutal act, Erdogan mounted pressure on the Saudi Royal family to unravel the mystery behind the death of the journalist whose corpse is still no where to be found.

Here is what President Erdogan said in Istanbul today

“We have strong evidence in our hands that shows the murder wasn’t accidental but was instead the outcome of a planned operation,” Mr Erdogan said in speech to members of his parliamentary party. “Khashoggi was murdered in a savage manner.”

“People who had qualifications related to the incident gathered in Istanbul,” he said. “Why did they come to Istanbul? What instructions were given to them and by whom? We need to know.”

“People who had qualifications related to the incident gathered in Istanbul. On whose orders did they come? We want an answer.” Erdogan also asked why the consulate was only opened to Turkish police days after the disappearance for an investigation. “Why has the body still not been found? Dear members, let me tell you that the Saudi authorities have taken an important step confirming the crime, the killing. Now we ask Saudi authorities to work hard to reveal the names of those involved from bottom to top.”

According to President Erdogan, investigations showed that the killing was planned several days in advance and that a team of 15 people had flown into Istanbul on the day of the crime before leaving the same day.

Mr Erdogan urged the Saudi leadership to “work hard to reveal the names of those involved from bottom to top” and called for 18 people arrested in Saudi Arabia last week in connection with the killing to be put on trial in Turkey.

A Saudi official has revealed how Jamal Khashoggi was murdered in choke hold.