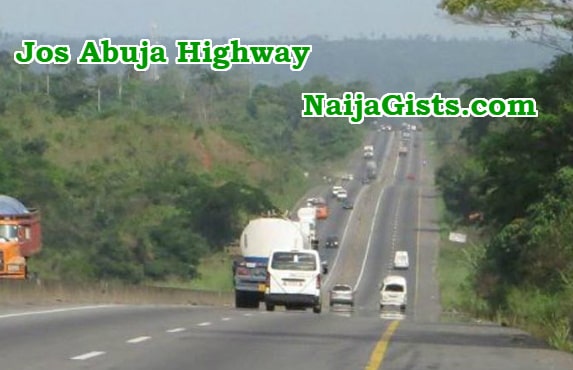 The Jos-Abuja highway is an important public road in Nigeria. It links the Federal Capital Territory with Jos, the Plateau State capital and other north-eastern states. It is a major transit route for most civil servants that work in Abuja. Most importantly, the Jos-Abuja highway plays a vital role for trade traffic between the northern and southern parts of the country.

The safety of lives and property of travellers is of great importance for the nation’s socio-economic wellbeing. But still, many of the country’s major roads remain havens for criminals. Armed robbers, kidnappers and other members of the underworld operate on these highways with audacity – with some of their victims killed and others kidnapped.

The story of the Jos-Abuja highway, however, is slightly different. Despite not being in cartels-stricken Mexico, for the past decade or more, innocent commuters that ply the highway have disappeared in thin air, without a trace.

Countless travellers from the Northeast – notably from Gombe, Bauchi and Yobe states – have gone missing. All the while, no one ever showed interest in finding out what really happened to these people. Their families are left to suffer the absence of breadwinners. After all, they and their missing ones are just common people and seemed not to deserve any attention from the relevant authorities in a country as if made for the rich and powerful only.

Up until now, reports of missing people on this highway were never investigated, even if the relatives of the disappeared are to be believed in the first place. But the case of Major General Idris Alkali, a retired Chief of Administration at Nigerian Army Headquarters Abuja changed it all.

The discovery of what has now become to be termed as the “Jos pond of death” sent shockwaves across the country. It confirms the long-suspected believe that innocent travellers are waylaid, profiled (as members of the “others” based on their looks, tongue, and clothing) and killed and their bodies disposed of for God knows how long around the Jos axis of the highway, in professed reprisals for other attacks in the surrounding communities.

Only God knows how many more “ponds of death” and unmarked graves remain unknown. As an act long overdue, it is time to name, shame and tame the instigators of violence on the Plateau, who from all indications sponsor and support the youths behind the atrocities on the Jos-Abuja highway.

For peace to prevail on the Plateau, the Nigerian Army should disarm these youths-turned-militias and visit their sponsors with the full wrath of the law, so as to serve as a deterrent to other would-be sponsors.

As a matter of urgency and giving the difficulty of creating a new highway for innocent commuters as some have suggested, the army should set up Forward Operation Base along the Jos-Abuja highway – owing to its success in curbing highway robbery and banditry in the Falgore Forest – to also curb the menace of killings and disappearances before the next travellers are waylaid, profiled and killed. Even if this is the only justice Major General Alkali and the countless little-known others could get, it’s still worth it.