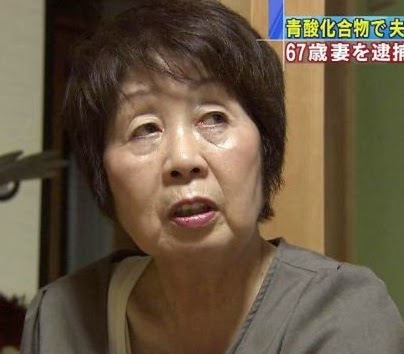 At last a popular black widow has been arrested in Japan in connection with the death of her hubby.

67-year-old Chisako Kakehi was nabbed today on suspicion of killing her latest husband with cyanide after the suspicious death of her former husbands, partners. 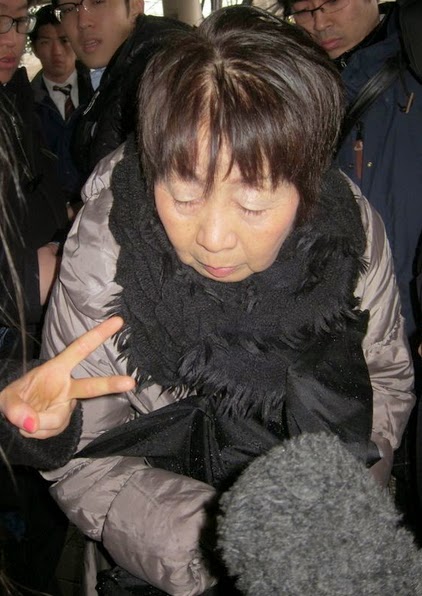 The popular black widow reportedly made $6.8 million over the last 2 decades in insurance money and other assets she received from the death of her ex-husbands.

Her 4th husband Isao Kakehi fell sick at home and was confirmed dead at the hospital in December last year, less than 2 months after the couple married.

Her 75-year-old boyfriend also fell ill after eating at a restaurant in September.

Kakehi’s alliance with death began in 1994 when her first husband passed away at the age of 54.

In 2006, her 2nd husband died of stroke at age 69. She reportedly met him through a dating agency.

Her 3rd marriage ended in 2008 after the death of her 75-year-old partner.

A boyfriend, believed to have been suffering from some form of cancer, died a year later, and in 2012 her then-fiance met his fate after collapsing while riding a motorbike.

After these series of deaths, police arrested Kakehi today in her Kyoto mansion on suspicion that she has involvement in the death of these men.

“We suspect she did it for money,” a police investigator on the latest death said without giving details of the amount involved.

If she is found guilty, Kakehi will become the latest example in Japan of a “black widow”, named for the female spider that devours its mate after coupling.

Kakehi claims she has no access to poison after her arrest on Wednesday.