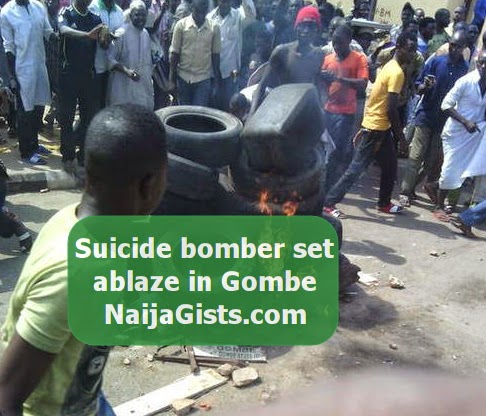 A group of vigilant residents in Gombe state have taken laws into their own hands following the discovery of a suspected would-be Boko Haram suicide bomber at a bus station in the state.

According to police and eyewitnesses, a man was stopped as he was about to enter a bus station where Boko Haram killed over 8 people last month. 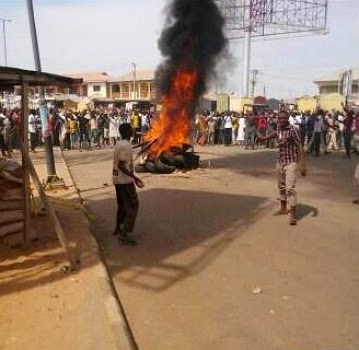 He was asked to stop for search but refused. His refusal allegedly angered vigilant observers who descended on him ,snatch his bag. 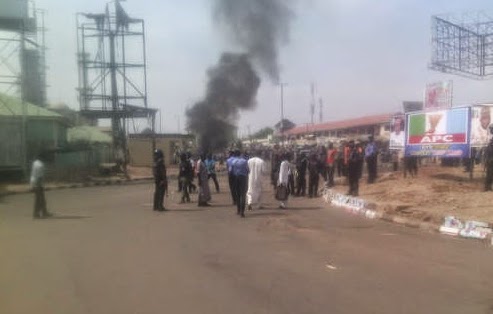 After a thorough search, 5 rocket propelled grenades, 2 mortars, 2 cylinders and 5 detonators were found in his bag. The onlookers pounced on him and beat him to death before setting him on fire.

Gombe Police commissioner, Abdullahi Kudu told reporters that the angry mob overtook the event and killed the man on the spot before police arrival.

“The crowd lynched (beat) him to death,” said Rabiu Wunti, while another witness Badaru Alkali said locals then put a tyre around the man’s body, set it alight and watched from a distance.

“The body exploded. No one was hurt,” he said, without explaining why the mob would risk setting fire to a body known to have explosives on it.

The series of bombings that left many dead in Gombe in the past one month has placed residents on the alert.