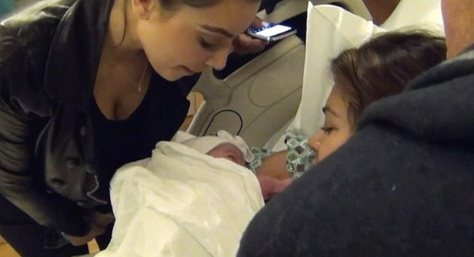 The words on the street is that reality TV star Kim Kardashian who is due to give birth in July 2013 has given birth to a bouncing baby girl five weeks to her due date.

Kim Kardashian apparently gave birth 5 weeks before her due date.

According to TMZ, Kim Kardashian gave birth at Cedars-Sinai Medical Center in Hollywood, California this morning.

This is Kanye West’s first child.