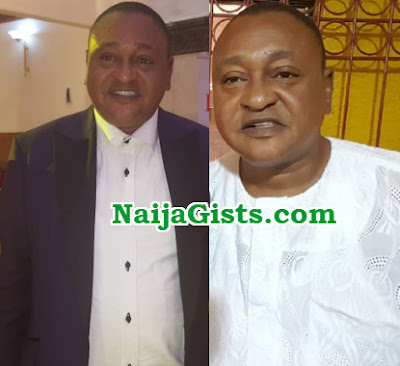 I Regret Being A Polygamist – Jide Kosoko Laments

See what the veteran Nollywood actor told Saturday Beats on how he became a polygamist through situations that were beyond his control.

“To be honest I regret being a polygamist. I wasn’t planning to marry so many wives.

My first wife wasn’t into my acting career and in those days, you needed someone you can trust that was why I ended up marrying one of my assistants. The two died during childbirth eleven months apart.

After their demise, I decided to forgo marriage and stay single but my doctor warned me against it.

At this point, I embarked on the dating trip again in the process I fell in love with two women and married them.

At this point in my life, I will not take another wife. I have over 12 children that am taking care of. Henrietta died and left me with two teenagers and I have to look after them. It would be madness if I marry another woman at this stage.”