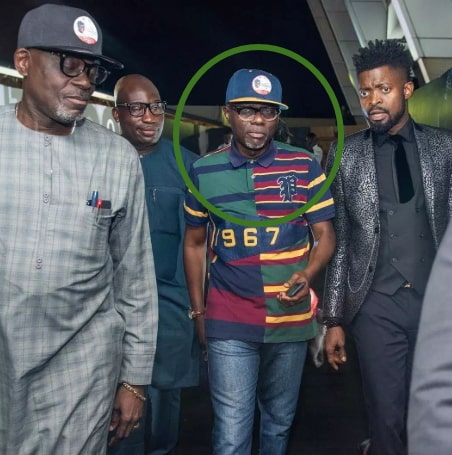 With Asiwaju Bola Tinubu’s endorsement of his preferred candidate, Babajide Sanwo-Olu, as the governorship candidate of the All Progressives Congress, it was a given that Governor Akinwumi Ambode had not only lost the second term governorship ticket, he was also on his way out of political relevance. I do not feel sorry for him, neither should anyone. He does not need anyone’s pity either. He knew what he was doing when he struck a Faustian bargain to become governor in 2015. It is no surprise he has been thoroughly chewed up and spat out.

From the series of events that led to the coup that consumed him, Lagosians should be worried the kind of governor Sanwo-Olu will be if he wins — and he most likely will, given the political structures of the APC — the election next year. Seeing his predecessor’s fate and knowing he was picked from the same stock of unknown folks where Tinubu selects his candidates, he will rule over Lagos from a dobale position in front of the godfather. Knowing that like his predecessors who tried to challenge their benefactor’s authority at some point, he too is shorn of both grassroots support and independent political machinery, he will be obsequious and kowtow, so their godfather does not remove him on a whim. Sanwo-Olu cannot dare to be his own person; he will govern Lagos with his chest on the floor at Bourdillon.

The APC machinery is a viciously malevolent force that tolerates no dissent, no opposition, no agency. The members who do not fall in line like an army of zombies are crushed for daring to question the authority of the patriarchs of the party. We still remember how old party members like Femi Pedro and Kofo Akerele-Bucknor were ousted. There are a few other party members who also suffered a similar fate but did not fight back publicly; they simply went gently into the night. Former Governor Babatunde Raji Fashola too was almost meted the same treatment at some point but he survived, and that was partly because he had a charisma that had burnished a favourable image of him in the minds of the people. Now, it is Ambode’s turn. Unfortunately for him, he did not build either the political strategy or network of support to survive his trial by fire. Indeed, the catalogue of his sins was long. Some of the complaints against him were reasonable enough. Others were just the frustrated grunts of the regular pigs whose snouts were redirected from the state’s feeding trough.

In the press statement he released endorsing Sanwo-Olu, Tinubu claimed that Ambode “deviated” from the developmental blueprint he issued for Lagos State between 1999 and 2007 when he was governor. What he did not state was why an entire state of 18 million plus people needed to be beholden to his vision forever or risk being thrown out. What exactly is the content of that vision that Ambode — or anyone else — had to hold on to it with slavish piety? At present, Lagos is more of a slum than a modern city. In the near 20 years since this democratic dispensation started, the city has barely succeeded in managing congestion, drainage system, refuse disposal, infrastructure, and urban planning. Lagos is still gravely lacking in infrastructure despite the tons of revenue it generates monthly, yet someone claims that the ideology that rules the Lagos space is “progressive.” If any such master plan exists, it should be tossed out for a more visionary idea that can raise Lagos from its present condition — an expansive ghetto — to a modern city.

For long, the idea that Lagos is a properly-run state was sold through the power of the Lagos-concentrated media. The hype was so successful that Lagos governors began to pat themselves on the back even when their achievements are mediocre relative to city’s potential. They tell themselves they are doing right by Lagos even when the city is swooning under the weight of their greed and incompetence.

Sometime in 2009, a friend who had been living abroad returned to Nigeria. He told me that the shock he experienced seeing how ugly Lagos was, was unquantifiable. Nothing he had imagined from the “Fashola is working” mantra that had dominated the media prepared him for the reality on the ground. Then he opined, “Come to think of it, Lagos has always been the ‘best-run’ state. When the military administrator, Buba Marwa was there, it was the best-run state. When Tinubu got there, it was the best-run state. Now that Fashola is there, it is still the best-run state!”

Almost 10 years after that conversation, his observation still holds true. Ambode too has benefited from the propaganda of a continuum of performing Lagos governors. He has been over-decorated with a series of “Governor of the year awards” by the Lagos-based media even while the city remains one of the dirtiest, ugliest, and worst-coordinated industrial cities in the whole world. Compared to its global counterparts, it is an eyesore and an open shame. Right under the watch of Ambode, Lagos became an open dump, a gutter. It was no surprise that it was ranked second least livable city in the world by the Global Livability Report. Despite glaring infrastructural failures, Ambode still pursued a “smart” city initiative; a city that cannot figure out efficient means of refuse disposal insists on leapfrogging to adopt a hyper-modern technology. Considering his trajectory, Sanwo-Olu is unlikely to develop an independent vision to improve on the state of Lagos. He will hug his godfather’s “progressive” vision, and rely on the APC propaganda machinery to deodorise the resulting pedestrian achievements.

For all those perplexed by the spate of events in Lagos in the past few days, we can agree that the time has come for a serious contestation of the APC hold over Lagos. Over the years, the Lagos sore festered without criticisms from its elites largely because the APC counterposed the PDP. They looked away so that the APC could hold on to the South-West geopolitical zone for reasons that bordered on history and sentiment. The APC had packaged itself as a contemporary version of the old Awolowo’s Action Group, and given the history of the AG’s success, people bought into the tiwantiwa (our own is our own) feeling. They thought while the PDP held away in the centre, the APC too should hold on at the regional level to keep the threat of a one-party state at bay. That idea was useful to a point, but it also came at a high cost. It was opposition for opposition sake, and party leaders cornered massive resources for themselves and their family members as well. For a party that claims to fight corruption, their level of accountability is zero.

Even though the APC managed to sell itself as opposition party, they are virulently intolerant of opposition. Their understanding of democracy is warped, and they are just as corrupt and vile as the PDP they upstaged. Now that the PDP has left Abuja, the APC is the new cancer eating up the Nigerian cells from within. If Lagosians do not push back against the APC domination, they will be gifted a stooge in the person of Sanwo-Olu. To defeat Sanwo-Olu, they will have to go through Tinubu. He is not just the national leader of the APC, he is the APC. Lagos is his headquarters. He might have been previously beaten in other southwestern states such as Ondo and Ekiti, but the chokehold he has on Lagos cannot be easily extricated from his firm grip. With his talons sunk deep in virtually every organic political organisations, his empire is established enough continues to reproduce itself. The fact that candidates like Sanwo-Olu have to submit their mandate to his “progressive” vision or be damned is enough to disqualify them.

Donald Trump Rank Drops On Forbes Wealthiest 400 Billionaires List…Presidency Blamed For Lost Fortune
Saraki Not Stepping Down For Atiku Ahead Of PDP Presidential Primary, He Is The Most Qualified – Aide