A company in Dalton Gardens, Idaho has developed a new line of pork-laced bullets they hope will be used to fight back against Islamic terrorists.

South Fork Industries created the bullets, which they call Jihawg Ammo, so they can be used as a ‘defensive deterrent to those who violently act in the name of Islam.’

They took traditional ammo and coated the bullets in a pork-infused paint. Those shot with the bullets would be unclean, as the Islamic religious forbids Muslims from coming into contact with pig meat.

The manufacturers believe that this act will keep any Muslims shot with the bullets from going to heaven. 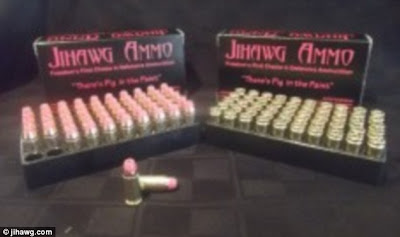 ‘With Jihawg Ammo, you don’t just kill an Islamist terrorist, you also send him to hell.That should give would-be martyrs something to think about before they launch an attack. If it ever becomes necessary to defend yourself and those around you our ammo works on two levels,’ the company said in a press release earlier this month. 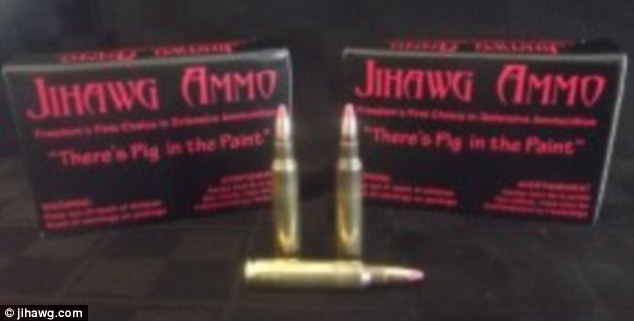 But experts on the religion disagree with the theory that the bullets would keep Muslims from attaining salvation.

‘There is no penalty for coming into contact with pork given by the Quran,’ said Shannon Dunn, assistant professor of religious studies at Gonzaga University in an interview with Religion News Service.