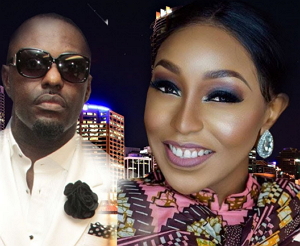 Why Rita Dominic Is No Longer My Type – Jim Iyke

It seems Jim Iyke is yet to get over his past affair with Rita Dominic.

The actor who  hasn’t stopped talking about the affair narrated what happened with his relationship with “Big Sister” Rita Dominic in a recent chat with Broadway TV.

The Nollywood bad boy as he is fondly called said he believes Rita Dominic was not looking for a serious relationship during the time the two met.

When asked if he can marry Rita Dominic now, the actor gave several reasons why 42-year-old Rita Dominic is too backward for him.

The 40 year old actor who has problem staying in relationships has a babymama in the US.

We are unsure if he is still in good terms with her.