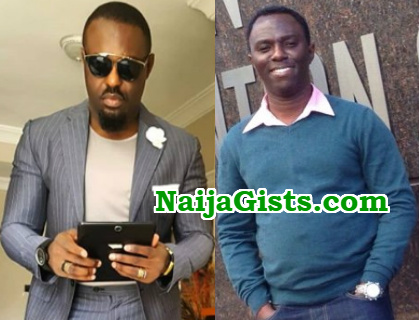 Nollywood actor Jim Iyke seems to be going through some rough time at the moment.

The single father of one on Monday took his frustration on a follower who advised him to go and marry.

Here is what happened.

The fan @chidiezeamajnr left the comment below on one of Jim Iyke’s photos.

The actor who has developed extreme hatred for trolls immediately tackled the follower in an unusually rude manner. 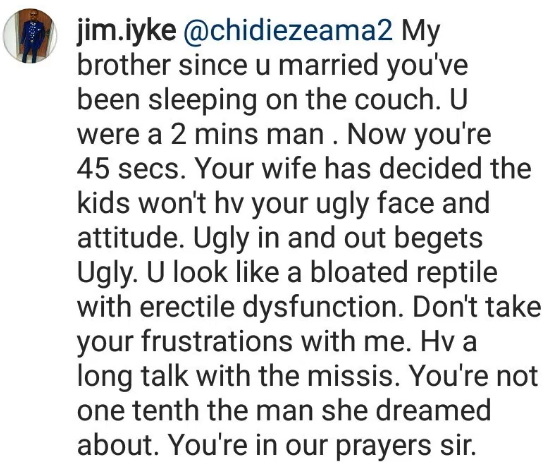 The actor went too far on this.

All these abusive words just because your fellow Ndigbo asked you to go marry.

The rich also cries… May be Jim had a rough day.

We are sure Mr Chidieze will never advise the Nollywood hunk again.