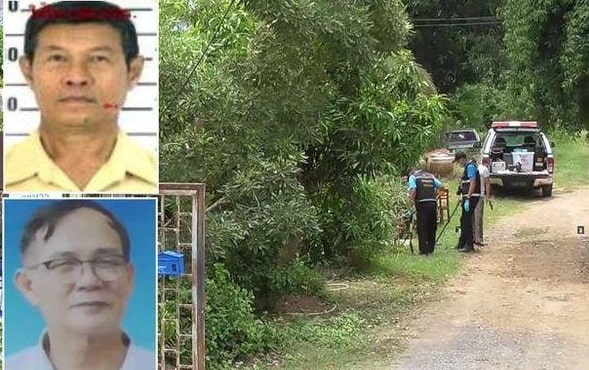 Photos: Retired Marine Kills Childhood Friend Who Bullied Him 53 Years Ago For Refusing To Apologise

A former military officer took  revenge on a man who bullied him over 50 yeas ago by shooting him dead at a school reunion party in Thailand.

69-year-old Thanapat Anakesri, a former Marine, confronted Suthat Kosayamat, also 69, at the end of the event, which took place on Saturday, Aug. 24, the Daily Mail reported.

Following an evening of eating, drinking, and reminiscing, Anakesri reminded his former tormentor of how when they were both 16 years old, he suffered at the hands of the alleged bully.

The former naval officer reportedly pressed Kosayamat, a tailor, to recall the childhood bullying and apologize. 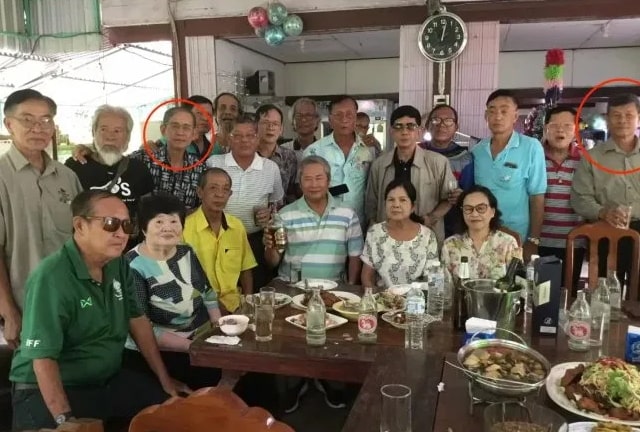 The Mirror reported that Kosayamat refused to say he was sorry, so Anakesri then allegedly pulled a handgun, pointed it at his former classmate, and fired.

Kosayamat was rushed to hospital where he was pronounced dead.
Tuean Klakang, the class of 1966 president who organized the event, was cited by the Metro as telling police Anakesri would often complain about Kosayamat’s alleged bullying. He added he did not believe the grudge was serious enough to escalate into a shooting.

“Thanapat (Anakesri) would get drunk then often talk about how angry he was about being bullied by Suthat (Kosayamat),” Klakang said, according to the Metro. “He never forgot about it.”

“But as these things happened such a long time ago, I would never have imagined that he would have killed his friend like this. We are all shocked by it.”

Police Captain Sombat Somboondee was cited by the Daily Mail as saying a manhunt has been launched for Anakesri, who fled the scene after the shooting and is believed to be hiding in a neighboring province.

According to the Mirror, the Ang Thong Provincial Court has issued an arrest warrant for Anakesri on charges of murder.

The Thailand shooting incident follows the case of a middle school student in California who was left with severe brain and spine injuries after another student allegedly choked him.

The incident involved a 12-year-old victim and a 14-year-old student. The 14-year-old allegedly shoved the other student against a wall in a stranglehold at the Animo Westside Charter Middle School in Los Angeles, according to a lawsuit filing cited in reports.

“The violent choking attack caused significant permanent neurological and physical injury and emotional terror to a completely vulnerable child who was betrayed by the school entrusted to protect him,” the lawsuit said, reported the New York Daily News.