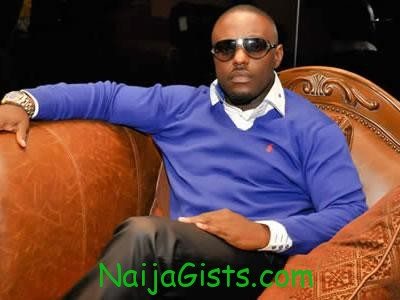 About 14 years ago, 8 A-List Nollywood actors, including Ramsey Nouah, Genevieve Nnaji, RMD and Jim Iyke, were banned by marketers for charging huge fees.
During an interview with Pulse TV, Jim Iyke talked about the ban and its impact years later.

According to the actor, the vacuum created by the the ban is yet to be filled till date. He also said that the ban led to a decline in the general prosperity of Nollywood.

On the ‘powerful’ marketers
When we were banned, so to speak, they forgot that the power that be then was transitional. It’s not real power. It’s something that was emerging, almost non-existent.

To think you have enough power to ban someone and totally shut down what they stand for, what they are gifted with, the joy they bring to themselves, not only as a challenge and a responsibility, but to the world in general, is downright evil. And they paid for it drastically, if you ask me.

The ban was a blessing to him and made him stronger
These were men who thought that what we were asking for at that point was undeserving, so they went ahead and banned us. But you know what? It made us stronger. It made me stronger.

It made me begin to look for other opportunities, do things that I didn’t think was conceivable, meet people that I didn’t know knew me and wanted to do business with me, travel the world, broaden my horizon. It was the greatest blessing of my life.

It ushered in a new group of actors and actresses and created new opportunities, no doubt. It was a welcome development.

The way they went about it was totally wrong and demeaning, but it also created a huge vacuum because a lot of us actually started investing our time and resources outside the industry, which paid off tremendously.

He says the ban brought a decline in Nollywood’s profitability
The gap is still felt till tomorrow. They have not been able to fill it, I dare say. And it has brought a general decline in the general prosperity of Nollywood as well.

Because that back to back thing, that availability really declined and the people that were coming in came in with a great deal of skepticism as regards loyalty. Because to me, you would probably do it to the next person. So they took measures not to fall victim as well, and together, it has been a very smart turnout.

Jim Iyke doesn’t think the ban ended well for the marketers
And these guys [marketers] were not properly trained in the business of filmmaker, so with time, there was redundancy and they started to fizzle out.

Economically, it was not something you could do. They thought they had the power, but they didn’t. It was not you the world wanted to see, it was us. It’s not you that hold the real power, it’s us.

It’s not you that commanded the real respect, it’s us. And the propensity of this entity? It was us. So at the end of the day, it was a terrible underestimation of the kind of power we swayed at that time.

Nollywood has suffered tremendously for that singular act of mutiny because we really didn’t deserve it at that time.There’s always a table and there’s always civility, and two misunderstood groups can always sit down and meet each other half way. But they thought they had the power to shut our lives down.

At the end of the day, this was the only business they knew and when the audience that had the greatest power of all demanded to see us back on the platform, it was late.

We came back with a renewed energy and together – I think that was the only time we ever amalgamated effort – and decided that this would never happen again in our histroy.

Half of them have gone broke. Seriously, check the history. They have fallen on the road side. Of the pioneer members of Nollywood, I promise you that 90% are doing far better than all of them put together.

A lesson we should all learn in life; appreciate what you have and treat it good. Treat the source of your income well, the universe will respond in kind and give a returns that is worthy.