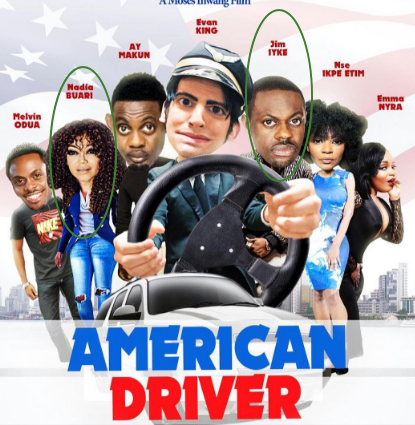 For dyed in the wool actors, everywhere is a stage. Who would believe Ghana’s finest, Nadia Buari and estranged lover, Nollywood’s Jim Iyke, could still strike an emotive pose in a photograph like they did when the going was good?

The couple went separate ways due to irreconcilable differences. Just when many were expecting the wedding bells to ring, a breakup bell rang instead, leaving the fans of the couple heartbroken.

Although it was once rumoured that the couple might have broken up due to domestic violence from Jim Iyke who is perceived to be a very aggressive person.

However, they both moved on and had kids with different partners but none of the duo is married. Meanwhile, popular Nollywood director, Moses Inwang brought the estranged couple together.

They both acted side by side in a recent comic movie entitled “American Driver” which would be premiered on January 27.