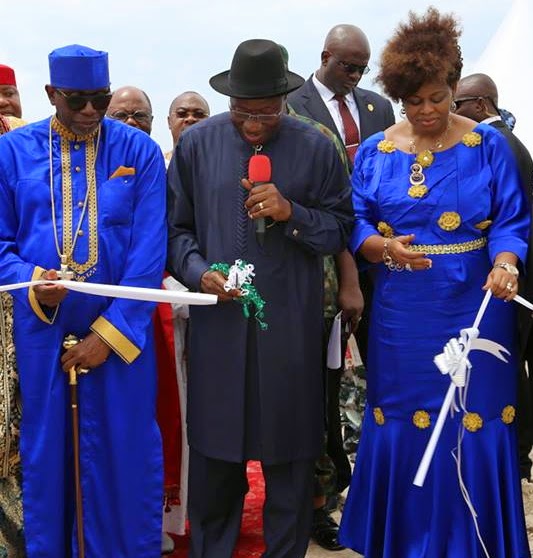 Excerpts from a recent interview with Helen Oritsejafor on the money smuggling and corruption scandal rocking the office of her husband, Ayo Oritsejafor, the President of The Christian Association of Nigeria.

Interviewer: Your husband has received a lot of bashing lately. How do you react?

Helen Oritsejafor : For us southerners, we might not really appreciate what Papa Ayo Oritsejafor is do­ing and the role he is playing in Christianity in Nigeria because we are not directly affected by the activities of the terrorist group,Boko Haram. Christians in the North are the ones experiencing it, they are the ones losing fa­thers and mothers, children; being dislocated. They are the ones who see people’s throats being cut off like chickens, their houses be­ing burnt by petrol bombs and their young ones both boys and girls being abducted on a daily basis. They value Papa so very much. They know that whatever he is going through today is because of them. They were actually the people who came to persuade him to run for CAN presidency. The first time they came, he used wisdom for them and said he would think about it. They came back again and kept coming because they know who he is. He is a good man. If there is anything I know my husband to be, is that he is a good man to a fault, and sometimes, I really feel for him. Un­fortunately, the society of nowadays does not value a man like this, especially those of us in the South. He is much respected in the North. 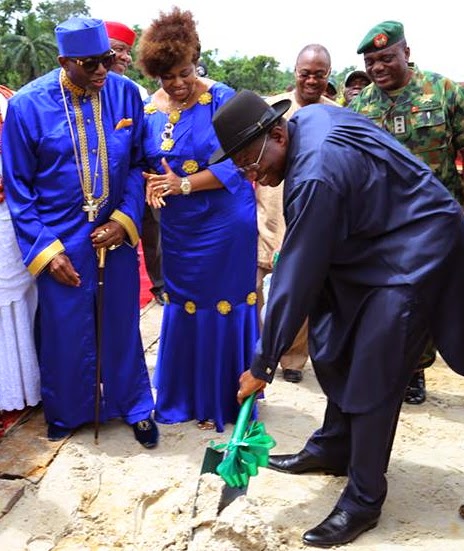 Interviewer: Some people said President Jona­than bought it for him.

Helen Oritsejafor: I wish he did. I have the list of the names of people who masterminded this thing on our record. Hundreds and thousands of peo­ple, church folks who said this man served us with every vigour in him, we could see in him a great man and he’s not getting younger anymore. He is ever on the road constantly doing everything he can for the gospel of our Lord Jesus Christ, let us try as much as pos­sible to elongate his life by blessing him with this gift. He didn’t buy it or put down money to say this is what he wants. He didn’t even know anything about it. I was aware of it. What I would have loved for them to tell me is to show me the receipt of the plane that was bought by President Jonathan and the person who said he bought the plane. I have heard all sorts of lies that maybe somebody did it on behalf of somebody. There’s no human being that can stand up to say I bought this plane. It’s a complete lie from the pit of hell. Because of his person, realising the fact that what should he do with this plane knowing the amount of money that it’s going to cost to maintain it; if he was using church money to maintain it, they would have cried out to say he is using church money. You can see how foolish peo­ple can be. If President Jonathan bought him a plane, can’t the same President Jonathan maintain the plane? Why must it be hired out so as to sustain the maintenance of the same plane if indeed it was the president that bought this plane? They politicise a lot of things. It’s really annoying.

Interviewer: Is Pastor Ayo really that close to President Jonathan as his accusers allege?

I don’t really think that Pastor Ayo is closer to the president than the Sultan of Sokoto, the co-chair of NIREC. This is not to say that Papa hates Jonathan, no he does not. He is a Chris­tian and so as a Christian father to the nation, he tries his best to provide a guard. He speaks out whenever necessary. He goes in to offer his own advice or suggestion as the case maybe whenever he is asked to. When he wants to see the president, he makes request just like every­one else. And mostly, it is to discuss the issue of the nation. Many times, he goes with his CAN executive council members to sit down with the president and confront him on certain issues all to see how the nation can be well pi­loted. What I have noticed is that whichever way you see it, if I say this man is not close to the president, they will say it’s because of what happened, if I say he’s close, they will say that is what we are talking about. I don’t even care what people might say concerning that because you can never please human be­ings. What I am saying is that please before you start giving this man a bad name, find out the true position of things. Do not go out there forgetting that he is a husband to a woman and he is a father as well. Besides, he is a man who has sacrificed himself. I think Nigerians even have him more than I do.

He is a very passionate person. When he believes in something, he’s driven by it. He goes all out to see how he can really push across whatever he is trying to bring in. That’s who he is. When he got the leadership, when he was elected to lead Christians in Nigeria, he made up his mind that he was going to do everything and anything possible to propagate what he has been given. And he sees it as an assignment. Many times, people see leadership just to bear a name and enjoy it. I think if this man had wanted to enjoy the leader­ship as it were, maybe by now his relationship with the Sultan of Sokoto would be waxing stronger. And maybe he would have been enjoying more from the government as well. But he has decided to sacrifice all that just like Moses. Moses sacrificed and said he was not going to allow the booty in Pharaoh’s house to override his judgment and so he shut himself out completely from the judgment at the pal­ace and made himself a sacrifice for the liberty and freedom of the Israelites. That is what we are seeing now with our father as well. He has truly given himself out to the nation and, then of course, to the people who we call his constituents.