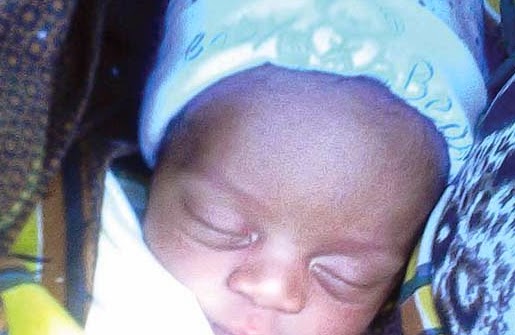 The prompt intervention of Chisco transport officials has saved a pregnant wom­an, who after alighting from one of the company’s buses at its terminal, Jibowu, Lagos, started vomiting blood through her mouth and nose.

The bus, with registration number KJA 950 XR, was said to have arrived from Abuja at about 10am on the fate­ful day when the incident occurred. Scared by the development, other passengers were said to have taken to their heels as one of the passengers screamed that the pregnant woman was displaying Ebola symptoms.

It took the timely intervention of Chisco officials who made use of their standby ambulance to rush her to three different hospitals that rejected her when they realised that she was still bleeding.

Narrating the incident to Saturday Sun, a staffer of the company, simply identified as Juliet, said that the pas­senger, whose name is Joy, boarded their bus from Abuja to Lagos where the incident happened.

“On October 12, 2014 at about 10.15 am, a passenger, who was preg­nant, alighted from one of our buses that just arrived from Abuja. Immedi­ately she alighted from the bus, she fell down and started vomiting through the nose and mouth.

“The Jibowu branch manager called on the medical section, who organised an ambulance and took her to three dif­ferent hospitals who rejected her.

She was finally admitted at the Mili­tary Hospital, Yaba, Lagos. After sev­eral tests, they informed us that she was hypertensive which led to convulsion. The hospital demanded that an initial deposit of N36,000 should be paid be­fore they could treat her. We paid the said amount and directed our workers to take turns in taking care of her.

“This became necessary as we could not make contact with anyone who is related to her. We even discovered that she did not fill the next of kin column in the form we give our passengers. She later gave birth to a premature baby, and we had to pay another N5,000.”

According to Juliet, the woman and her child were later brought to their of­fice as soon as she was discharged on October 16, 2014. “We later assisted Joy to locate her sister, who resides in Ikorodu area of Lagos.”

Elated Joy thanked the management and staff of Chisco transport for assisting her in such a time of need. “I am okay and so is my little baby. It is only God that will reward them,” she prayed.