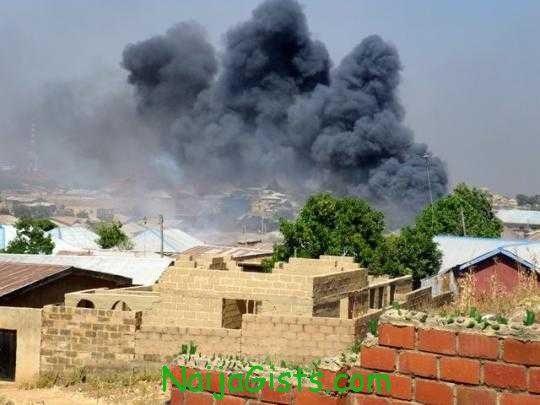 Dr. Olapade Agoro, the National Chairman and former Presidential Candidate of the National Action Council (NAC), has called on President Goodluck Jonathan to recognize that Nigerians are fed up with his promises, failure and constant chorus condolence messages in the face of continued terrorist attacks. naijagists.com

“As if witnessing again another sadist film of Dracula birthday celebration in the grave yard of horror, the latest suicidal bombing attack in a Catholic Church in the Jos metropolis and carry on of attacks on the nation’s economic interests by Niger Delta militants are clear indications that twelve years of PDP government mis-governance of Nigeria culminating in Goodluck Jonathan presidency is a tragic personification of human failures that can never be expected to win the war on terrorism,” the Aladura Patriarch said in a statement today.
He described the Jonathan government as “nothing less than a terrible political tragedy,” and a “shameless circus show of systematic failures, crisis, endemic corruption, bloodletting and violence parade,” as it cannot protect itself from enemy attacks talk less of guaranteeing the safety of its citizens can be considered nothing less than a terrible political tragedy of our time.

Agoro warned that Nigerians were seeking good governance with the promissory note of better life, industrial well being and prosperity, and did not bargain for the chaos in which they have found themselves.

He urged Jonathan to stop heating up the polity with policies that inflict pain on the people, and end his scheming for a second term in office that he will never get.

“The main solution available on offer now as safety catch that could prevent the nation slipping into parlous state of perdition is the immediate resolve to convene a national conference where all issues bordering on our nationality and union would be hotly discussed and unanimity resolutions arrived at,” he said.

Continue Reading
You may also like...
Related Topics:2012, news, terrorism in nigeria, update