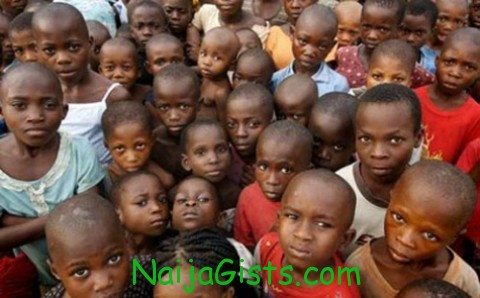 Effiong, who was arrested a week ago by the Esit Eket Divisional Police Headquarters, appeared before magistrate Esther Godwin Etukudo.

The event followed a report to the police by two non-governmental organizations, Child’s Right and Rehabilitation Network (CRARN) and the Young Humanistas Network (YHN). In a joint petition, they said that Mr. Effiong had previously abandoned his little son at age three after subjecting him to intense torture, claiming that the little boy was responsible for his problems in life.

The child (name withheld) was at that time taken to the CRARN Children Centre in Eket where he was given medical attention, care and support for three years before being reconciled with his father last year. But he was again found roaming the streets with scars and wounds all over his body.
The little boy explained: “My father said that the witch power has not finished in my body. Every night he will tie my legs and hand then hang me on the roof while beating me with wires and sticks…Then he took me in the night and dropped in a place I did not know; I began to walk around the street looking for CRARN Centre where I was staying before.”

Mr. Effiong who had signed an undertaking with CRARN to love, protect and give the child education, was arrested in his house on Friday last week Friday for torturing and abandoning the child, and for violating the bond he signed with the organisations.

The Divisional Police Officer (DPO) in charge of Esit Eket said that the prosecution of Mr Effiong was to serve as a deterrent to others who make abandonment of children in the area a way of life.

Also speaking on the development, the Director of Administration of CRARN, Mr. Emmanuel Okon, said his organisation will work with law enforcement agencies to prosecute parents who abandon and torture their children.

“CRARN with its partners will continue to follow up cases of torture and abandonment of children to ensure that the children are not unduly exposed to danger. For the churches that encourage parents to abuse their children, they should read the scripture carefully and tell us where it said that children should be treated in this way,” Okon said.

Although Mr. Effiong pleaded guilty to all the charges preferred against him, the presiding judge said she will transfer the case to the Director of Public Prosecution, (DPP) in Uyo who will proceed with the case in family court in line with the new child rights law of the state. She commended CRARN and YHN for giving the child absolute care when he was abandoned by its parents.

Magisterate Etukudo ordered that Mr. Effiong be remanded in custody till 23 of March, 2012 when the case will be transferred to the family court Uyo.(sahara)