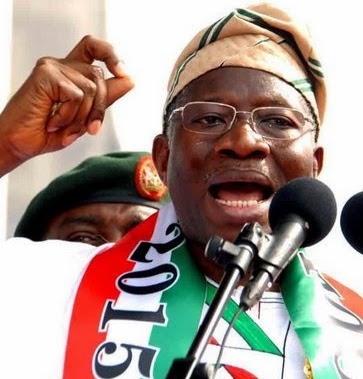 Days after the convoy of President Goodluck Jonathan was stoned in Katsina, when he visited the family of the late President Umaru Yar’Adua, youths in Bauchi State yesterday pelted his convoy and campaign podium with sachet water and stones as he arrived for a presidential campaign rally.

At least six security aides attached to him were injured when supporters alleged to be loyal to the opposition party, attacked the president’s convoy.

The six operatives, of the Department of State Services (DSS), were hospitalized after sustaining injuries from the fracas that ensued after the rally.

The security operatives were in the last bus on the convoy when stones were hurled at them but got injured when one big stone smashed the windscreen.

The occupants according to presidential sources were being prepared to be flown to Abuja for further treatment as at press time.

It was gathered that as the president’s convoy passed through the Nasarawa area of Bauchi, on his way to the palace of Emir of Bauchi, Alhaji Rilwanu Adamu, people threw sachet water and stones at the convoy.

In addition to the frustration expressed by the people of Bauchi, we learnt that billboards and posters of President Jonathan were pulled down by the protesters.