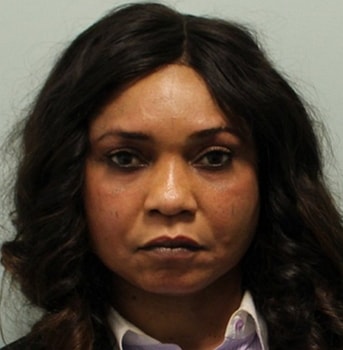 Birish Nigerian nurse Josephine Iyamu who was accused of using Voodoo rituals to lue vulnerable women to German and exploiting them for prostitution in Europe appeared in court today.

After a 10 week trial, a jury at Birmingham Crown Corut on Thursday convicted Iyamu of modern slavery offences and perverting the course of justice.

The 51-year-old naturalized British citizen is the first successful prosecution of a Briton under the Modern Slavery Act.

Iyamu known to her victim as Madam Sandra lives in Bermondsey, London.

According to court documents, Iyamu forced her victim to eat chicken hearts, drink blood containing worms and have powder rubbed into cuts during her voodoo rituals.

Nigerian Woman Gang Raped In Libya Confirmed Pregnant On Arrival In Lagos…Victim Shares Heartbreaking Story
Killer Fulani Herdsmen: What Is Their Agenda & Who Are Their Sponsors?